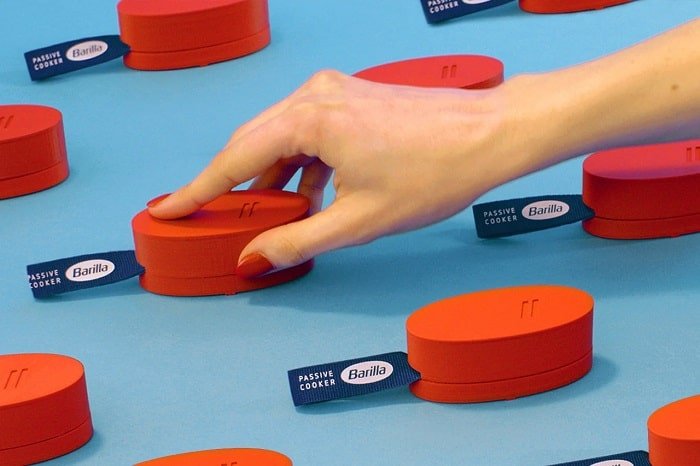 Cooking pasta is perhaps one of the easiest things you can do in the kitchen, second only to watching a pot of water boil. But as pasta maker Barilla points out on their website, you can reduce your meal’s CO₂ emissions by up to 80% if you simply let the pasta sit in the hot water rather than actively boil it the whole time — a technique known as passive cooking.

The trick is getting the timing right, so in a fairly surprising move, Barilla has released the design for an open source device that will help you master this energy-saving technique. Granted it’s not a terribly complex piece of hardware, consisting of little more than an Arduino Nano 33 BLE, an NTC probe, and a handful of passive components wrapped up in a 3D-printed case. But the documentation is great, and we’ve got to give Barilla credit for going way outside of their comfort zone with this one.

Magnets in the 3D printed case let it stick to the lid of your pot, and when it detects the water is boiling, the gadget alerts your phone (at least for this version of the device, an Android or iOS application is required) that it’s time to put in the pasta. A few minutes later it will tell you when you can turn off the burner, after which it’s just a matter of waiting for the notification that your passively-cooked pasta is ready to get pulled out.