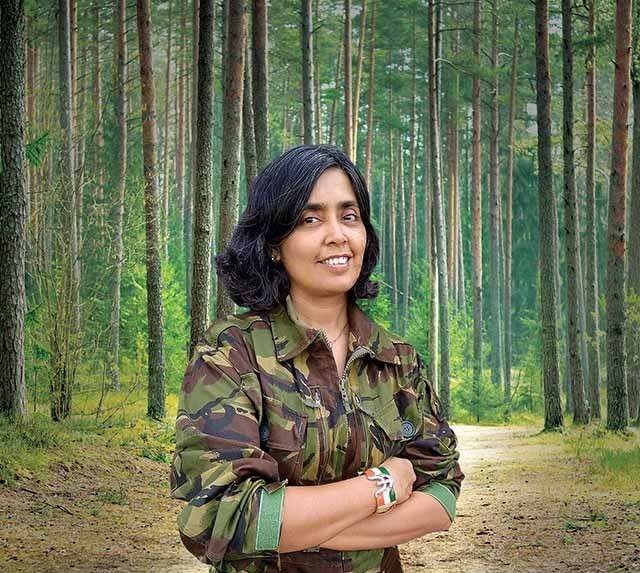 Dr Seema Rao, an inspiration for Women around the world is India’s first and only woman commando trainer, an epitome of strength and conviction.

She has spent 25 years of her life training 20,000 soldiers from the Indian armed forces, paramilitary and police – without any compensation. She has trained commandos from every elite force including the army special forces, NSG Black Cats, IAF’s Garud Commando Force, Navy Marine Commandos, among many others. She and her husband Dr Deepak Rao together received three Army Chief citations for their work in close-quarters battle (CQB). She was inspired by her father, Prof Ramakant Sinari, who was a freedom fighter who fought the Portuguese regime. “My dad was an underground rebel,” she reveals. “I was certainly inspired by his stories of rebellion and strength.” His stories on how he was imprisoned, escaped from a Portuguese prison with a fellow inmate, and swam the Mandovi River to safety give Dr Rao goosebumps to this date. Her prized possession is a sword that her father inherited from his own father.

Dr Rao has authored the Encyclopedia of Close Combat Ops, which is the world’s first of its kind and which has found a place in the FBI, Interpol and Buckingham Palace libraries.

She never imagined that she would be training commandos; she was supposed to become a doctor. “I was thrilled when I thought about the life of commandos. I started learning martial arts and got trained in military martial arts, Israeli krav maga and MMA,” says Dr Rao. Because one needs to be exposed to challenges of different terrain, environment and climatic conditions, she went many extra miles to equip herself with skills. “I did a professional course in sailing and yachting as well as in scuba diving to understand the problems faced in deep waters, a course in mountain climbing to understand the challenges posed in high altitude and extreme cold, and a jungle survival course to survive on land. To understand altitude, I also did a skydiving course.”

Even after having encountered two near-death experiences, Dr Rao never shied away from challenges. She strongly feels that gender does not have a say in one’s career choices. “Women are assuming positions of power in various fields,” she points out. “No one can stop a woman from excelling and reaching the heights in her field. More and more young girls and women are keen on joining the forces. Many seek to assume combat roles and that might become a possibility very soon.”

At 52 today, the Nari Shakti Puraskar Awardee is out of active field training and devotes her time to women empowerment.

Previous post Lean Body Workouts for the above 50’s