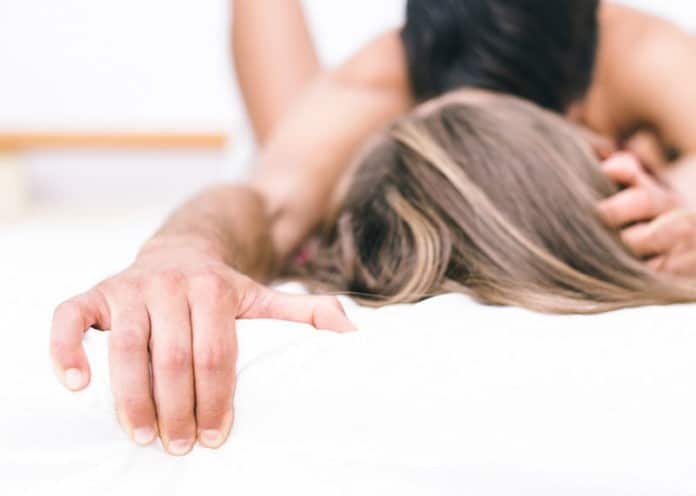 Men are more likely to forgive their cheating partners if they have a lesbian fling rather than an affair with another man, according to scientists.

Men are more likely to forgive their cheating partners if they have a lesbian fling rather than an affair with another man, according to scientists: Men more likely to forgive cheating partner’s lesbian fling, study finds
Men demonstrated a 50 per cent likelihood of continuing to date a partner who has had a homosexual affair Photo: ALAMY
Andrew HoughBy Andrew Hough8:00AM GMT 29 Jan 2011Follow
Researchers found men are more than twice as likely to continue dating a girlfriend who has cheated on them with another woman than one who has cheated with another man.

But University of Texas study found women show the opposite pattern. Ladies are more likely to continue dating a man who has had a heterosexual affair than one who has had a homosexual fling.

The study, published in the journal Personality and Individual Differences, offers new insight into the psychological adaptations behind men’s desire for a variety of partners and women’s desire for a committed partner.

These drives have played a key role in the evolution of human mating psychology.

They asked 700 college students to imagine they were in a committed romantic and sexual relationship with someone they’ve been dating for three months. They were then asked how they would respond to infidelity committed by the imagined partner.

Ms Confer said the findings suggest men are more distressed by the type of infidelity that could threaten their paternity of offspring.

She said men may also view a partner’s lesbian affair as an opportunity to mate with more than one woman simultaneously, satisfying men’s greater desire for more partners.

Ms Confer added: “These findings are even more remarkable given that homosexuality attitude surveys show men have more negative attitudes toward homosexuality and to be less supportive of civil rights for same-sex couples than women.

“However, this general trend of men showing lower tolerance for homosexuality than women is reversed in the one fitness-enhancing situationfemale homosexuality.”

Conversely, women objected to continuing a relationship following both types of affairs, but especially so for a boyfriend’s homosexual affair.

Ms Confer said: “Such an affair may be seen as a sign of dissatisfaction with the current relationship and a prelude to possible abandonment.” Participants were also asked the outcomes of real-life infidelity experiences.

“Results mirrored those of the imagined infidelity scenarios with men significantly more likely than women to have ended their actual relationships following a partner’s heterosexual affair,” she said.