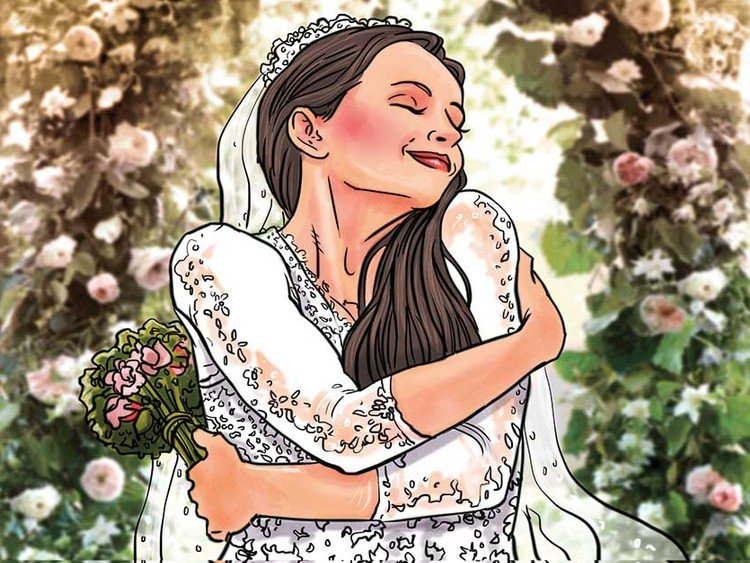 Kshama Bindu from Gujarat created news when she announced that she would marry herself in what is believed to be the first recorded case of sologamy or self-marriage in India. For the unversed, sologamy can be broken down into two words — solo, which means self and gamy, which means union. “I have learnt from other women that there’s a need for self-love. It is a different kind of happiness when whatever you would spend in a relationship or on someone else, you spend that on you,” says Bindu, 24, who married herself on Wednesday (June 8).

Sologamy is common in the Western countries and may sound like a new concept to Indians. “It is difficult to say whether this is something we are exploring now or if it existed in the past under a different name. And while this may be the first documented case of sologamy in India, the Western world is familiar with it. In 1993, a woman named Linda Baker, a US resident, married herself, while Jennifer Hoes from Netherlands took the same decision in 2003,” says Soumali Bardhan, clinical psychologist, Mpower.

In a country where most people are still not comfortable with the idea of polygamy and having multiple partners is looked at with ridicule, the concept of loving and getting married to yourself seems drastic. “Not just Indians, society as a whole often finds sologamy hard to accept as a norm. Society has its own [fixed] concept of what a marriage is and it is likely that a large number of people will find it hard to go against that,” adds Bardhan.

How different is this for a culture that is deeply rooted in traditional heterosexual marriages? “Indian culture is very collectivistic and we are brought up in a society where ‘giving’ is a norm. Not being a part of that collectivism can be unpopular. Sologamy, in itself, can look like a threat to society as far as taking the lineage of a family forward is concerned, because in collectivistic cultures, making families and forming bonds play an important role,” explains Vamakshi Painter, psychologist, Mpower adding, “On the other hand, Western cultures are more on the individualistic side of the wheel, where they feel comfortable focusing on themselves.”

What kind of ceremonies does self-marriage involve?

There are no rules or social norms. They can be similar to traditional two-people weddings, or not. Since the trend picked up, service providers too have come up in different corners of the world to help their self-marrying clients.

How is sologamy seen in popular culture?

Self-marriages have featured on popular TV shows like Sex and the City, Glee and Doctor Who. In a 2003 episode of Sex and the City, Carrie Bradshaw was shown wedding herself, with a USA Today report later saying that to some this fictional character is the “godmother of sologamy”.

Next post Poorna Malavath, Back home after conquering seven peaks