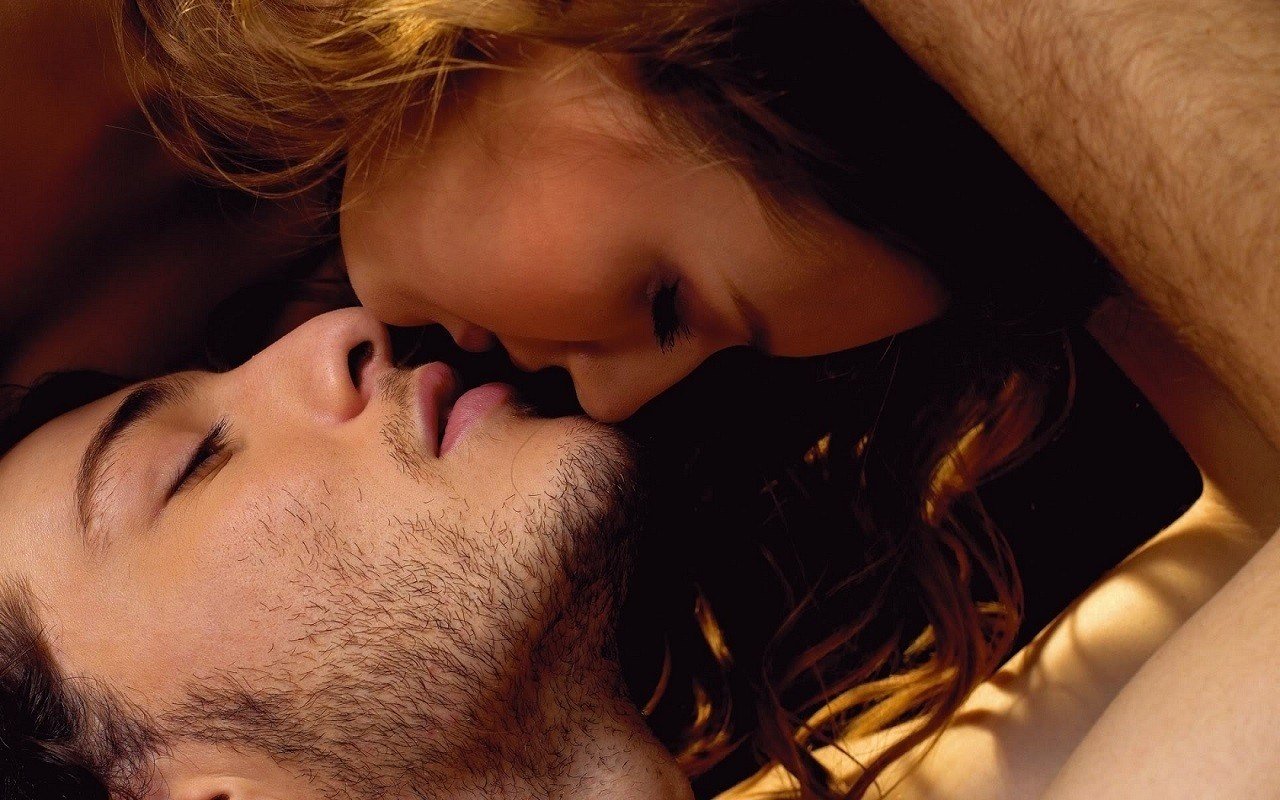 The strange ritual between two sets of pursed lips has more meanings than a Pynchon novel and is worth more than a thousand words.

The passionate embrace of a sailor and nurse in Times Square, Madonna and Britney’s mouth-to-mouth moment, the betrayal kiss between Judas and Jesus — no matter how different — all fall under the definition of “kiss.” They can be deadly (the mobster kiss), creepy (Al and Tipper Gore at the 2000 Democratic National Convention), or life-giving (Snow White and her prince).

Anthropologists estimate that kissing is practiced by more than 90% of cultures in the world. Sure, it feels nice when it’s right, but what is so important about the sharing of saliva? Scientist Sheril Kirshenbaum sets out to answer the question in her pithy new book “The Science of Kissing.”

Kirshenbaum shows us that the famous words of Don Juan, “each kiss a heart-quake,” is far more accurate than intended — as she traces kissing from its infancy in ancient humans to its complex anatomy and its importance in the development of the human species.

Even animals do it

Kissing, broadly defined as the coming together of two individuals in exchange of sensory information, is not limited to human beings. Many kinds of animals neck, too.

The sex-crazed bonobo apes from the Congo — who often use sex to resolve conflicts rather than aggression — are more prolific kissers than many human beings. In fact, one scientist witnessed bonobos nibbling and kissing each other for 12 minutes straight. They kiss for reassurance, out of excitement or fear, and to firm-up relationships with others.

Other chimpanzees also kiss without tongue, which the author says is more akin to a human hug than a passionate make-out session.

Moose and squirrels brush noses, moles rub snouts and turtles tap heads. Manatees nibble their partners, and giraffes intertwine their necks. One fish from Thailand, called the kissing gourami, touches its lips with others, during feeding or fighting, or as a sign of courtship.

Strangely enough, snails “may be the most sensual critters of all, locking together while massaging each other all over.”

These “kisses” might be for affection, greeting, feeding or a bond between mother and offspring. And although the author warns against anthropomorphizing these critters, it sounds a lot like what humans do.

Like many animals, ancient man’s first kisses weren’t relegated to the lips. In fact, Kirshenbaum theorizes that our earliest kisses were delivered via the nose, the kind of “nuzzle-sniff” popular in Eskimo culture. Nose kisses were used to “recognize and reconnect with relatives and friends and perhaps even provide clues about a person’s health,” she writes.

So when did the kiss move from the nose to the mouth? Well, it seems to be somewhat hardwired, she writes. Human mouths are more “everted,” meaning they stick out further than our ape ancestors. Our red lips are actually the most exposed erogenous zone on our body. But this didn’t happen overnight.

Our ancestors evolved a superior ability to detect the color red, which would give them an advantage in finding ripe fruits when on the lookout for food. This “red equals reward” may have become ingrained, making men more interested in women with redder lips, which would signify a more youthful and fertile mate. Even current studies show that looking at red objects quickens the pulse and makes us feel excited. It’s no wonder women still turn to lipstick, which they have done since ancient Egypt, when women used dyes and strong wines to dye their pouts.

The history of the kiss

The first written kiss was documented in 1500 BC — when there wasn’t even a word for a mouth-to-mouth exchange. The earliest mention comes from India’s Vedic Sanskrit texts, which talked about “smelling with the mouth” and reads “young lord of the house repeatedly licks the young woman.”

By the 3rd century AD, the most important sex-text to hit the world, the Kama Sutra, laid out the guidelines for a good kiss, devoting an entire chapter to the act. It told readers where to kiss the body: “The forehead, the eyes, the cheeks, the throat, the bosom, the breasts, the lips and the interior of the mouth.” And it laid out three types of kisses: “the nominal kiss, throbbing kiss, touching kiss.”

Various types of kissing, mostly between slaves and owners as an act of reverence, began cropping up in Greek and Roman texts, including the Odyssey and the Iliad, as well as in the Old Testament.

Christianity hoped to bridle the passions of their devotees by relegating kissing to acts of reverence or charity, not out of sexual passion.

In the Middle Ages, kissing again underwent a makeover, where it was employed as a legal way to seal a document. Men were often illiterate, so instead of writing their names, they would draw an X and kiss it to make it legal (and that’s where we get x as the symbol for kiss).

Kissing lost its allure during the 17th century, when the Great Plague was at its height in London, as people opted to tip their hat, wave or bow to avoid making physical contact. It recouped its vogue in Hollywood, around the time that “French Kiss” entered English vocabulary; now heroes and heroines were often waiting for a kiss to complete the narrative.

In 1961, “Splendor in the Grass” featured Hollywood’s first tongue kiss, between Natalie Wood and Warren Beatty. Tina Fey and Steve Carell recently broke a record for longest kiss on screen when they lip-locked for five minutes during the closing credits of the movie “Date Night.”

The anatomy of a kiss

It may feel like the most natural thing in the world, but kissing is far from easy. To undertake the task, six major muscles around the mouth help to pucker up the upper lips, pull up the corners of the mouth, and pull down the lower lips. And don’t forget the effort it takes to cross your fingers that it’s worth it.

It’s not just the mouth; the whole body is involved in the act of kissing. When lips hit lips, five of the 12 pairs of cranial nerves, responsible for smell, taste, vision and facial expressions, are excited. Blood vessels expand, cheeks flush, pupils dilate, and the heart pumps a higher level of oxygen to the brain.

Meanwhile, the tongue, with its nearly 10,000 taste buds, is taking in the other person, while the lips, jam-packed with nerve endings, send messages to the limbic system of the brain, responsible for love, passion and lust.

All the while, neurotransmitters and hormones — like dopamine (brings us feelings of pleasure), oxytocin (fosters feelings of attachment), serotonin (also regulates emotion like dopamine) and adrenaline (which boosts heart rate and prepares body for sex) are coursing through our systems. These things are responsible for the butterfly, roller-coaster-ride effect that some kisses have.

About two-thirds of people tilt their heads to the right. Although scientists don’t know for sure why, some speculate that it is something we adopt in utero and others believe that the behavior stems from which side our mothers nursed.

It’s not easy, causes stress on the body, and there’s always the problem of spreading germs, so why do we do it?

One theory is that the act of pursing lips reminds us of the calmness, comfort and attachment of nursing, a Freudian thought that might actually have some validity, Kirshenbaum says. Another theory along the same lines says that kissing reminds us of an old habit of “premastication” wherein a mother chews the food and then feeds her baby via the mouth.

But, really, the most important and obvious reason why we kiss is that it facilitates reproduction. Women, who according to studies place more emphasis and importance on a kiss, use the mouth-to-mouth moment as a way to judge the taste of the tongue, lips and saliva to see if she is with an adequate mate.

Sense of smell doesn’t just provide a window into hygiene habits, it also gives women access to the unseen DNA of their chosen mate. According to recent studies, women can smell when a man’s group of genes that manage the immune system, called MHC, are matched well to her own. Scientists theorize that kissing may be so ubiquitous because it gives women an instant check on if there is chemistry, literally (or less poetic terms, if they would make good children together).

But what’s in it for the guy? By kissing, men pass along small amounts of testosterone through their saliva, priming their mate for sexual intercourse, studies suggest.

Still, for how complex it is, sometimes a kiss is just a kiss.

“Any man who can drive safely while kissing a pretty girl,” Albert Einstein said, “is simply not giving the kiss the attention it deserves.”