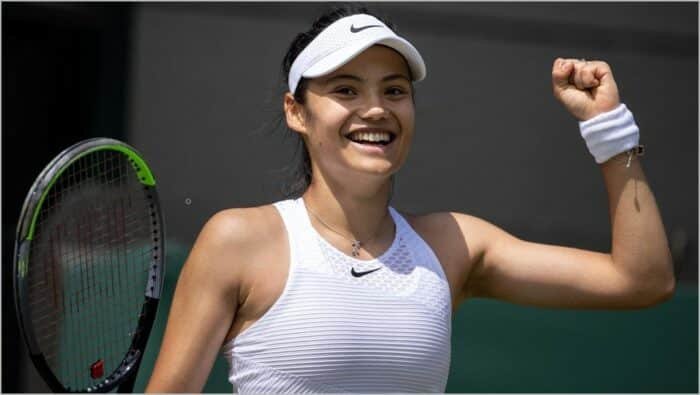 Emma Raducanu or popularly known by the name Emma is an 18-year-old British tennis player. She started her career in tennis at the Bromley Tennis Academy at the age of 5 years. Emma achieved great heights at a very young age and participated in various tennis tournaments which do include some prominent ones like, Women Tennis Association Tour, Wimbledon, Grand Slam, and many more.

She has also won titles of ITF Circuit three times. She had been ranked 333 worldwide by the WTA in the singles category in March 2020. Emma stunned the whole world with her amazing aggressive game in the US Open 2021 where she reached the final for the first time. She is a right-handed player. Besides playing tennis, she loves to write, draw, read and play football.

In September 2021, Emma Raducanu made history by becoming the first qualifier and youngest British player to win a Grand Slam title at the US Open. This unbelivable run saw her rise to British No.1 and inside the top-25 rankings for the first time in her career.