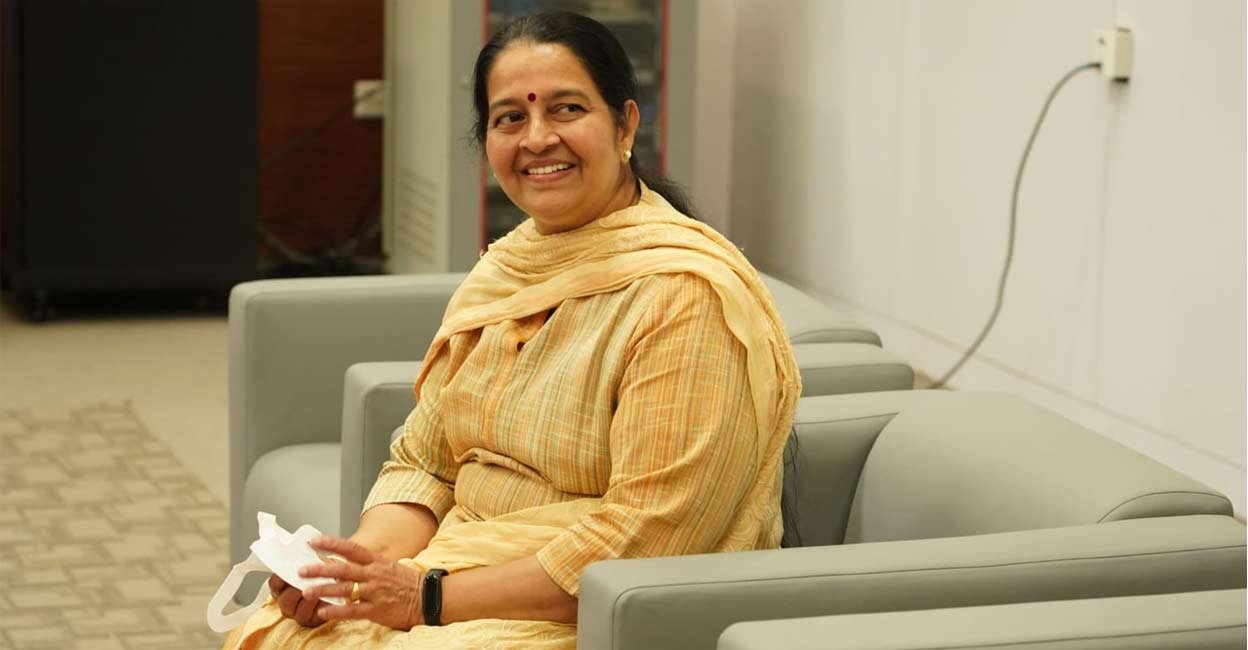 Uma Thomas, the 56 year old is the wife of Senior Congress leader PT Thomas. PT Thomas represented the Thrikkakara constituency since 2016. After his demise his connection with Thrikkakara is the reason why Congress did not have a second thought on the candidature of Uma, who is a former KSU leader.

A graduate in Zoology, Uma Thomas is the assistant manager in the finance department of Kochi Aster Medcity.

She was Maharajas college union’s vice-chairperson in 1984. Thomas was the state president of KSU at that time. Thomas was also a former student of Maharajas. Their relationship grew through KSU activities.

Their love sans religion was met with stringent opposition from the families. Amidst this, the couple tied the knot on July 9, 1987. They had two sons, Vishnu and Vivek. Uma Thomas had won two elections as a student leader, but she then withdrew from politics to look after her family.

On 3rd June 2022, the Congress retained the Thrikkakara Assembly seat in Kerala’s Ernakulam district. Uma Thomas defeated her nearest rival Dr Jo Joseph of the CPI(M) by a margin of over 25,000 votes as counting came to a close.