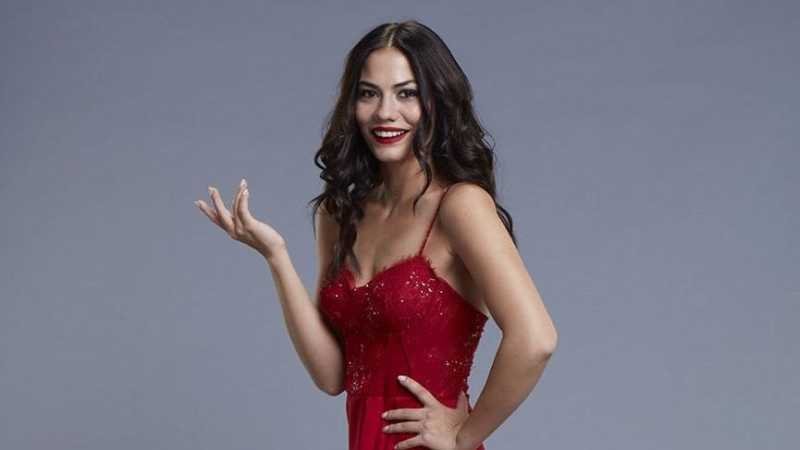 Demet Ozdemir is a popular Turkish Actress, Model, and Dancer. She has gained immense popularity through the famous Romantic-comedy series, ‘Erkenci Kus’, where she acted in the role of Sanem. Demet debuted with acting through Turkish Series, Sana Bir Sir Verecegim, 2013, in the role of Aylin. Before joining into an acting career, she was a background dancer and during this time, and had joined the dance group of Efes Kizlari. In 2015, she made her first debut film comedy fantasy drama movie, “Tut Sozunu“. She also appeared in various TV shows, videos, and films, like  Mustafa Sandal’s music video “Ates Et Ve Unut”, TV series “Kurt Seyit Ve Sura” playing the role of ‘Ayla’, “Cliek Kokusu“ as Asli, Sanem in “Erkenci Kus”, and ‘Zeynep‘ in “Doğduğu Ev Kaderindir.”