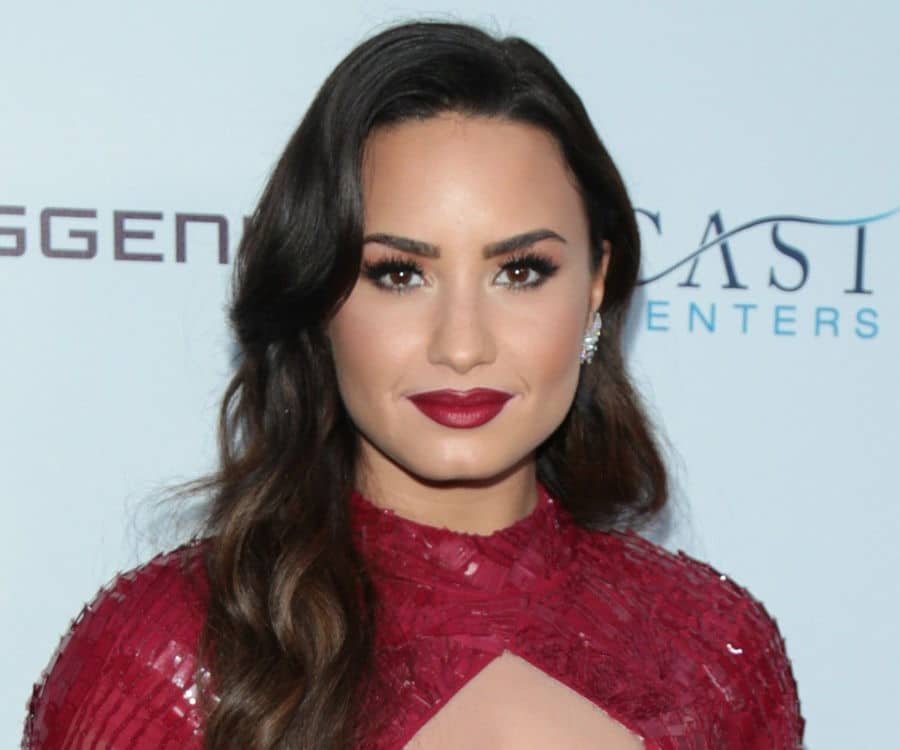 Demetria Devonne popularly known as “Demi” Lovato is an American singer-songwriter, musician, Lyricist, actor, and anti-bullying spokesperson who rose to international stardom and fame following their starring role in the 2008 Disney Channel Original Movie, Camp Rock. She has hits like ‘Skyscraper,’ ‘Cool for the Summer,’ ‘Heart Attack’ and ‘Sorry Not Sorry.’Prior to their major breakthrough, Lovato had a recurring role as Angela in the children’s television program, Barney & Friends. They made their debut on the Disney Channel short series As the Bell Rings in 2007. Following their non-binary identity, their pronouns are “they” and “them”. Being in good friendly relation with the Jonas Brothers, they toured together in 2008 and 2010 and appeared in their concert movie Jonas Brothers: The 3D Concert Experience. They also co-produced their first album Don’t Forget, and wrote and co-wrote several of the album’s songs. They auditioned for a role in their television series Jonas but did not get the part. On July 18, 2012, Nick Jonas joined their in Los Angeles on stage at the Greek Theatre during their Summer Tour 2012 and performed the songs “Don’t Forget” and “Catch Me” with them. A four-part documentary series following Lovato’s life premiered on YouTube on March 2021. The series, titled Demi Lovato: Dancing with the Devil, was directed by Michael D. Ratner and showcased their personal and musical journey over the past three years.