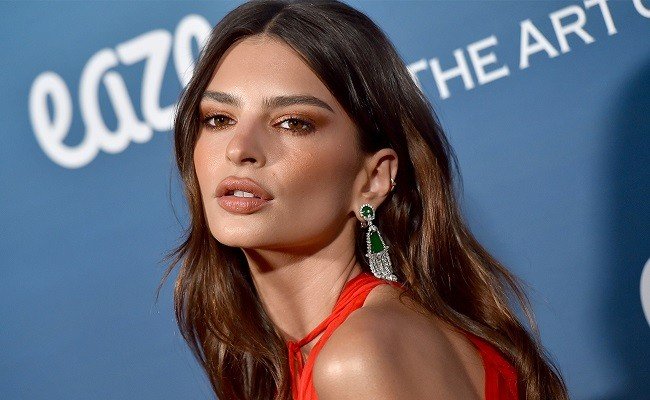 Emily O’Hara Ratajkowski is an American model and actress. Born in London, England, to American parents, Kathleen (Balgley), a professor, and John David Ratajkowski, a painter, and raised in San Diego. Emily’s paternal grandfather, Joseph T. Ratajkowski, was born in Illinois, to Polish parents, Joseph D. Ratajkowski and Clementine Tanski. Emily’s paternal grandmother, Mary Lee Hays, was from West Virginia and had Irish, German, and English ancestry. Emily’s maternal grandfather, Ely D. Balgley, was a Polish Jewish immigrant, and Emily’s maternal grandmother, Margaret Josephine O’Hara, was of Irish and German descent. She is of British Isles, German, Polish, and Jewish ancestry. Emily was raised in Encinitas, California, near San Diego. She is also said to be as the daughter-in-law of filmmaker Liza Bear. She traveled a lot and also spent some of her childhood in Ireland and Mallorca. She started modeling at fourteen years old and was signed by “Ford Models”. She continued to attend school, but, after one year at UCLA, majoring in Fine Art, she decided to concentrate on becoming a model. After shootings with Tony Duran, she became recognized as a fashion model. She first appeared on the cover of the March 2012 issue of the erotic magazine treats (the cover of “GQ Turkey”), which led to her appearing in two music videos – Robin Thicke’s “Blurred Lines” and Maroon 5’s “Love Somebody”.

She endorsed Bernie Sanders in the 2016 presidential election of the United States, she has said if she hypothetically ran for president her platform would also be redistributing wealth in America. Ben Affleck recommended her to David Fincher for her role in Gone Girl (2014).

As an actress, she played “Tasha” on the “Nickelodeon” series, iCarly (2007), and the mistress of Ben Affleck’s character in the thriller Gone Girl (2014). She also appeared in the film version of Entourage (2015), and co-starred with Zac Efron in the musical drama We Are Your Friends (2015).