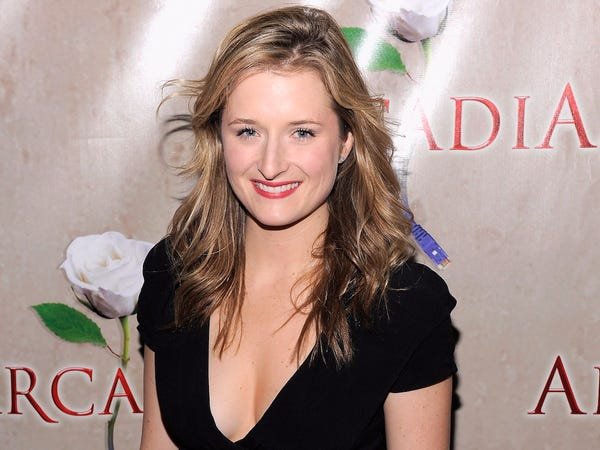 Grace Jane Gummer is an American actress. She received a Theatre World Award for her Broadway debut in the 2011 revival of Arcadia. Her film debut was in The House of the Spirits (1993) where she played the child version of Meryl Streep, her mother in real life. Her television work includes recurring roles in The Newsroom (2012) and American Horror Story (2011): Freak Show, and regular roles in Extant and Mr. Robot. Gummer was born in New York City. She grew up in Los Angeles and Connecticut, with her older siblings. Gummer appeared in the 2010 film Meskada, in which she played the role of Nat Collins, before playing Abby in Bashert (2010) with Paulo Costanzo. She also had a small role as a student in Julia Roberts’ class in Larry Crowne (2011), which was directed by Tom Hanks.

Gummer had a recurring role on the 2013 television series Zero Hour and joined the cast of the HBO series The Newsroom, beginning in its second season, which premiered on July 14, 2013. In 2014 and 2015, Gummer starred alongside Halle Berry on both seasons of the CBS show Extant. On January 29, 2016, it was announced that Gummer had joined the cast of the USA Network series Mr. Robot as a series regular in the role of FBI field agent Dominique “Dom” DiPierro. She will also co-star opposite Daniel Radcliffe and Laurence Fishburne in the action-thriller Beast of Burden. Gummer also returned to the theater during this time. She had a supporting role in the off-Broadway play Mary Page Marlowe, which began previews in June 2018. In Fall 2018, she filmed The Hot Zone for National Geographic, in which she appears in four of the six episodes; the show aired in Spring 2019. After filming the final season of Mr. Robot during the first half of 2019, Gummer joined the cast of The Public Theater’s production of A Bright Room Called Day, which opened in November 2019.