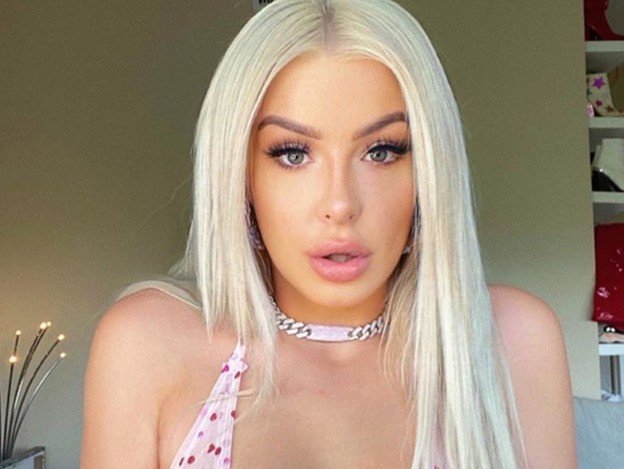 Tana Marie Mongeau, known as Tana Mongeau on social media, is an American social media personality and singer best known for her failed event #TanaCon and her “Storytime” videos on social media. The event #TanaCon, a competing event to VidCon, was canceled the day it was supposed to happen and left many people upset and unhappy.

Tana Marie Mongeau was born on June 24, 1998 in Las Vegas, Nevada to parents Rick and Rebecca. Tana had a strained childhood, she later revealed on “MTV No Filter: Tana Turns 21,” her very own MTV reality TV show where she added that her parents lacked proper parenting skills when she grew up.
Tana first launched her YouTube channel in 2015 and began uploading a variety of personal and comedic videos. However, her most popular videos are her “storytime” videos on her channel where she discusses a number of personal topics. Over the course of her channel, Tana has received millions of lifetime views on her account. One of her most popular videos of all-time is the video “ROASTING YOUTUBER COACHELLA OUTFITS,” which received over 10 million views on her channel.

Tana has been open about her personal and dating life; she is bisexual. In the past, she has dated Bella Thorne for nearly two years as well as Brad Sousa and rapper Lil Xan. Tana then began dating Jake Paul and later announced they were engaged in 2019.
The couple got married in Las Vegas later that year, though the marriage was not legal. She changed her names on her social platforms to Tana Paul for a period of time before the couple broke up. In 2020, she began dating fellow influencer Francesca Farago.