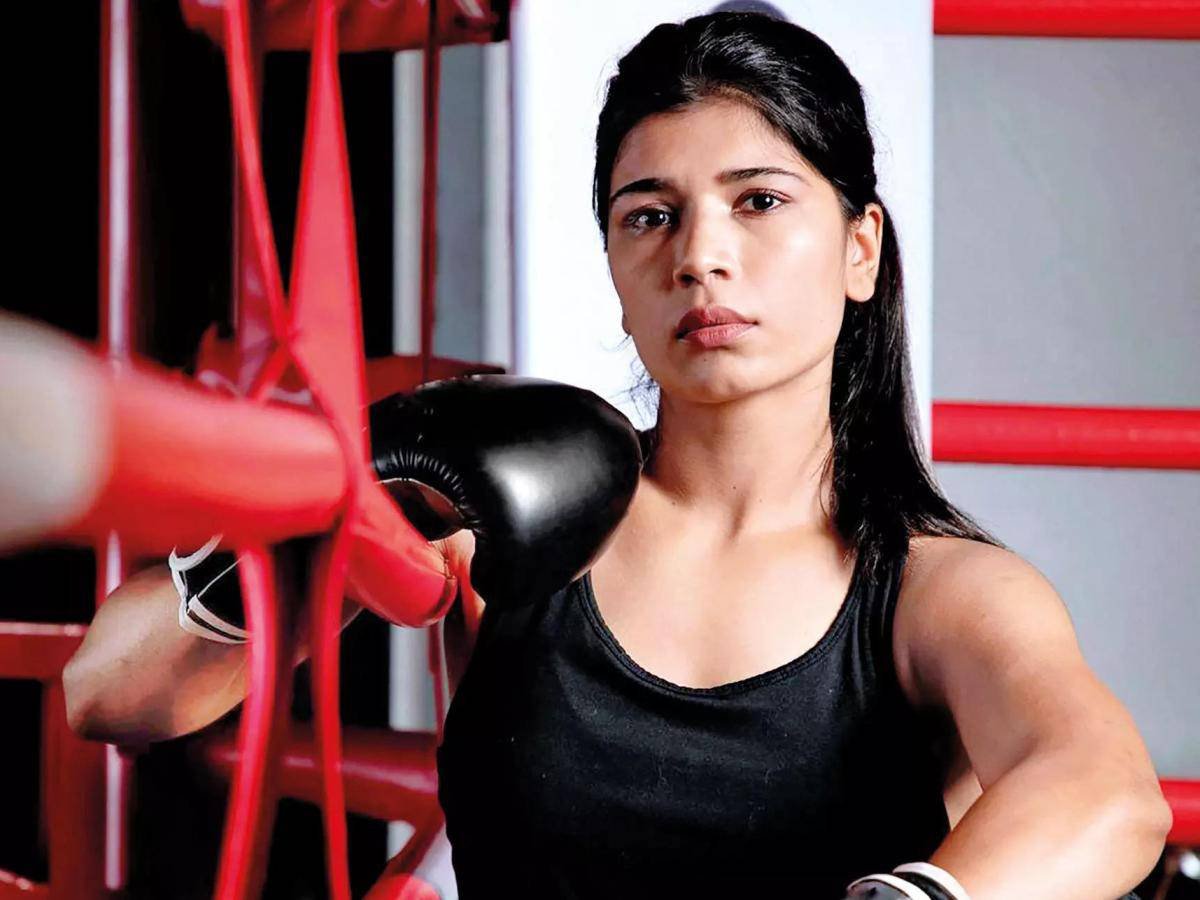 Nikhat Zareen is a 25-year-old who went through the national trials and competed at the World Boxing Championships in May, in her favoured flyweight category, and bagged a gold for India.

She is the daughter of Mohammed Jameel Ahmed and Parveen Sultana. She was born in Nizamabad district, Telangana, India and did her schooling at Nirmala Hrudaya Girls High School, Nizamabad and gradualted from AV College in Hyderabad.

Her gold in the women’s 52kg division at the Women’s Boxing World Championships in Istanbul, Turkey, beating Thailand’s Jutamas Jitpong, has the nation cheering the emergence of a new star in Indian sport. Cue for Jameel to remind Parveen what he predicted more than 12 years ago.

With three more sisters in the house, Nikhat was the naughty one, getting into fights with the neighbour’s kids and climbing trees.

In pursuit of channelling Nikhat’s overflowing energy, her father, who was also a sportsperson in his youth, trained her to run.

Despite excelling in the short sprints, boxing is what caught Nikhat’s attention. Nikhat Zareen never considered girls to be any less than boys and decided to ditch the running tracks for the boxing ring. “In my mind, girls were always equal, and they were always just as strong.”

Although her mother, Parveen, was not too happy with the decision, instead concerned about who would marry Nikhat, the support from her father was enough to kick start her boxing career.

The young pugilist spent the early years sparring with boys since she was the only girl boxing in the local gym.

“They never treated me differently or went easy on me,” Nikhat revealed.

After a year of training with her father, Nikhat was put under the wings of  Dronacharya awardee, IV Rao, in 2009. The results soon followed.

For most young boxers in India, Mary Kom is a hero. The Manipur-native’s unmatched feats include six world championship gold medals, five Asian championship titles and an Olympic bronze.

But unlike other upcoming boxers, Nikhat Zareen also found an opponent in Mary Kom as they both fought in the same weight division – flyweight (51kg).

Despite being a junior world champion, Nikhat had a tough time breaking into the Indian senior squad.

Nikhat first entered the national camp in 2015, at the age of 19. Due to the stiff competition in her weight category, Nikhat was advised to move up to the 54kg class for the national selection trials for the 2016 world championships.

An undeterred Nikhat won the trials and advanced to the quarter-finals at the world championships in Astana.

“I was happy with the way I performed. But I was a little wistful about not getting to compete in my original weight category. Everyone told me not to bother about it and there’s a long way to go for me.”

Two years later, Mary Kom was still the first-choice flyweight boxer from India after claiming the Asian title in 2017 and another world title in 2018.

Moreover, Nikhat Zareen’s problems escalated after she dislocated her right shoulder in 2017 which put her out of the ring for a year.

Nikhat Zareen announced her return to the international stage by winning a silver medal at the Belgrade Winner International Championship in 2018.

A year later, the Nizamabad boxer also won an Asian championships bronze (Bangkok 2019) and a gold medal at the Strandja boxing tournament (Sofia 2019).

With the flyweight spot in the Indian boxing team still owned by Mary Kom, Nikhat Zareen requested the national federation to conduct a selection trial for a chance to compete at the Tokyo 2020 Olympics qualifying event.

Although Nikhat lost the bout fair and square, the defeat to her idol did not stop her from putting in the hard yards.

Mary Kom opted out of competing after losing in the round of 16 at Tokyo 2020, opening the door for the youngster from Telangana.

Nikhat Zareen then won the national championship in 2021 and followed it up with triumphs at Bosphorus Open and Strandja Memorial.