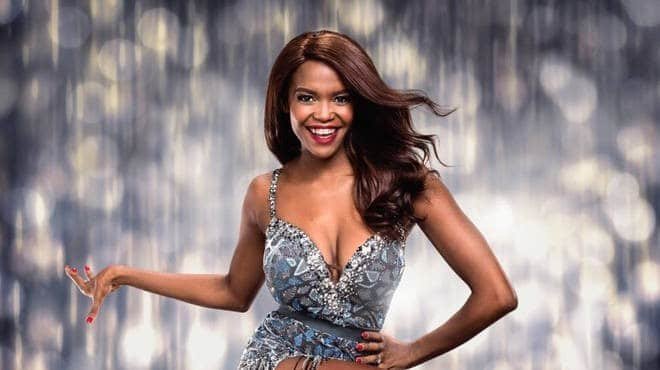 Otlile “Oti” Mabuse is a South African dancer and Latin American champion currently based in the United Kingdom. She is best known as a professional dancer on the British television series, Strictly Come Dancing, and its German equivalent, Let’s Dance. She studied Civil Engineering at university. Oti began dancing in South Africa but moved to Germany. Her dancing accolades include being a World European Latin semi-finalist and World Cup Championship semi-finalist. She was also a South African, Latin American Champion on eight occasions. Oti Mabuse has competed in the German version of Strictly Come Dancing where she partnered with Daniel Kublbock. Her professional dance partners have included Keokantse Motsepe and Marius Cristian Iepure also known as Marius Lepure, whom she married in 2014.

In 2015, she became one of the professional dancers on Strictly Come Dancingin the UK. She was paired with Anthony Ogogo. They were the second couple to be voted off. In 2016, Oti was paired with Danny Mac. Otile and Danny reached the Strictly final and ended runners-up alongside Louise Redknapp and Kevin Clifton; just beaten by Ore Oduba and Joanne Clifton. In 2017, Oti Mabuse was paired with Jonnie Peacock. They were the eighth pair to be eliminated. In 2018, Oti was partnered with Graeme Swann. They came seventh. She was a dance captain on the BBC1 talent show The Greatest Dancer and has also presented on The One Show. In 2019, Oti Mabuse choreographed the dance routines on the stage show Ain’t Misbehavin’. On 11 July 2019, the BBC announced that Oti Mabuse would be one of the contestants on Celebrity Masterchef. Also in July 2019, the BBC revealed that Oti’s sister Motsi would replace Darcey Bussell as a judge on Strictly Come Dancing.

In the 2019 series, she was paired with Jamie Laing, however, he was injured on the launch show and she ended up partnered by his replacement Kelvin Fletcher instead. Oti and Kelvin ended up winning Strictly in 2019. In 2020, BBC One commissioned a one-off documentary Oti’s South African Odyssey. In Strictly Come Dancing in 2020, Oti Mabuse was paired with Bill Bailey. They too won. Making it two consecutive Strictly victories for Oti.