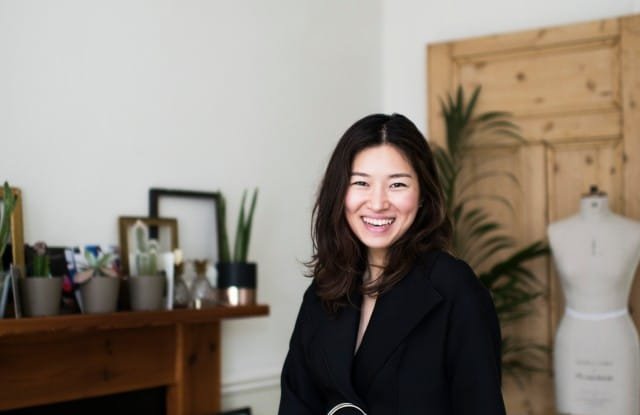 Rejina Pyo is an International London-based, Korean-born Fashion Designer. Born and raised in South Korea and now based in London, designer Rejina Pyo cut her teeth at Central Saint Martins under famous professor Louise Wilson before launching her eponymous label in 2014 to great critical success. She has dressed celebrities such as Katy Perry, Meghan Markle, and more. Rejina Pyo has received the British Emerging Talent award for womenswear in 2019.

After showing at London Fashion Week for the first time in 2018, her brand received the British Emerging Talent award for womenswear in 2019 and was shortlisted for the BFC/Vogue Designer Fashion Fund this year.

In her younger days, her mother worked as a fashion designer, so she spent hours playing in her studio surrounded by fabrics, sketches, and creativity, and learned how to sew and began designing her own creations. After school, she worked at a big apparel company in Korea, but looking through magazines and fashion shows she realized that most of the big designers of the time had come from Central Saint Martins in London, so Regina applied to get her master’s degree there and then moved to London.

Fairly soon after graduating from CSM, she won the Hans Nefkan award, which included a cash prize. Pyo was encouraged to start her own line after the response from her graduation collection, and it had always been her dream to have her own brand. Once for an interview, she said, “At the time it felt like it was all too much to manage on my own, but then our spring-summer 2017 collection was purchased by major stockists like Net-a-Porter and Shopbop and picked up by major fashion influencers and editors. That season was a real turning point for the brand”.