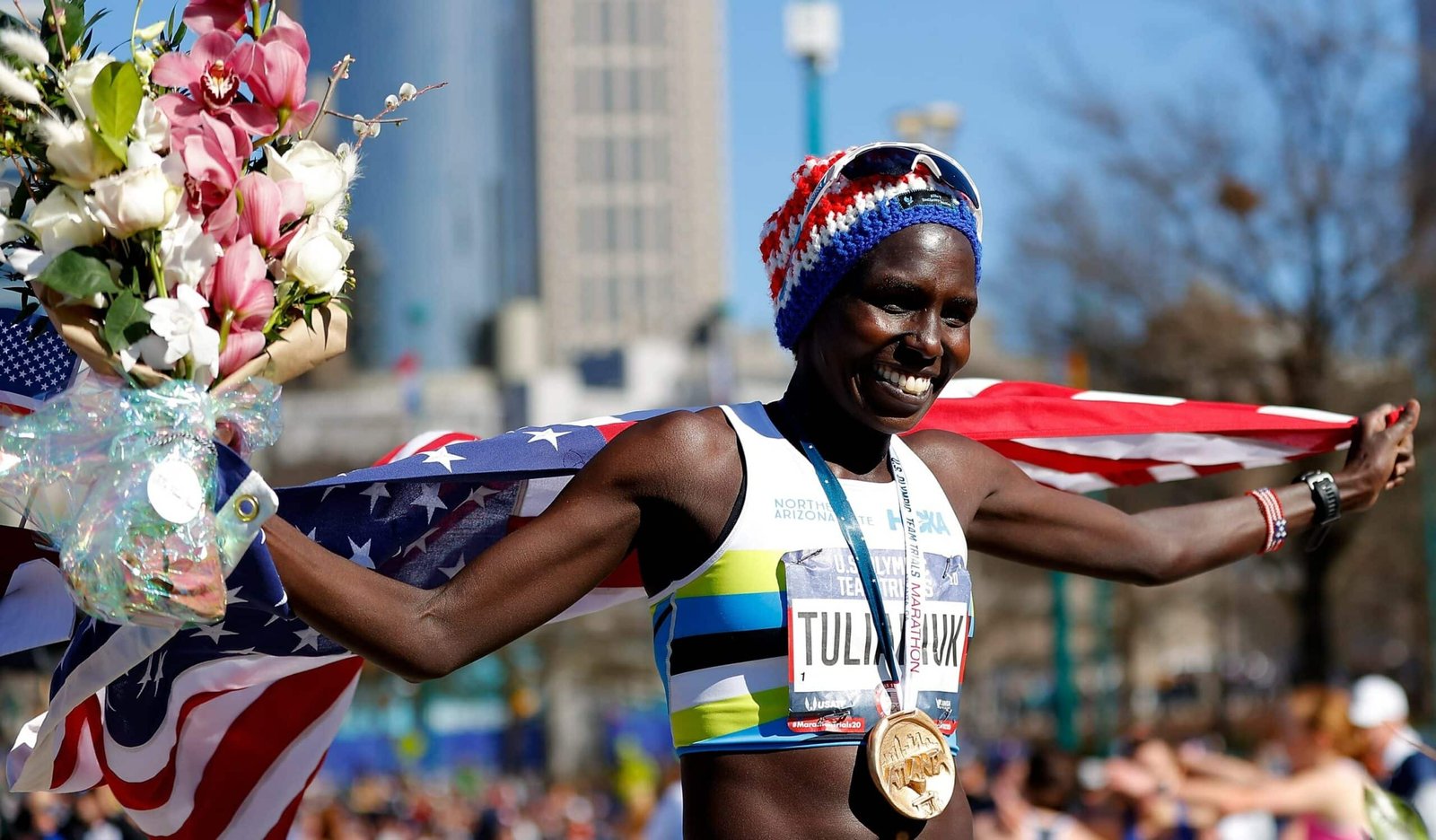 Aliphine Chepkerker Tuliamuk known as Aliphine Tuliamuk is a Kenyan-born American long distance runner. She is best known to be placed first at the Women’s 2020 Olympic Marathon trials in Atlanta, GA on February 29, 2020 with a time of 2:27:23 and will be representing the United States at the 2021 Olympic Games in Tokyo, Japan. She won $80,000.