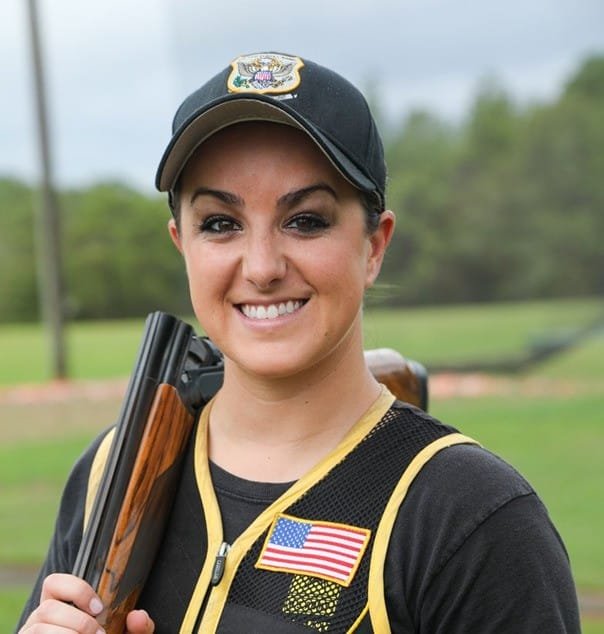 Amber English is an American sport shooter who won the gold medal in the women’s skeet at the 2020 Olympic Games in Tokyo, Japan, setting a new Olympic record of 56. Amber English is currently serving as a First lieutenant in the United States Army. Born to a family of hunters and sport shooters, English began shooting at age 6. She later attended the University of Colorado Colorado Springs. She participated at the 2018 ISSF World Shooting Championships, winning two medals including a gold medal in the skeet team event.