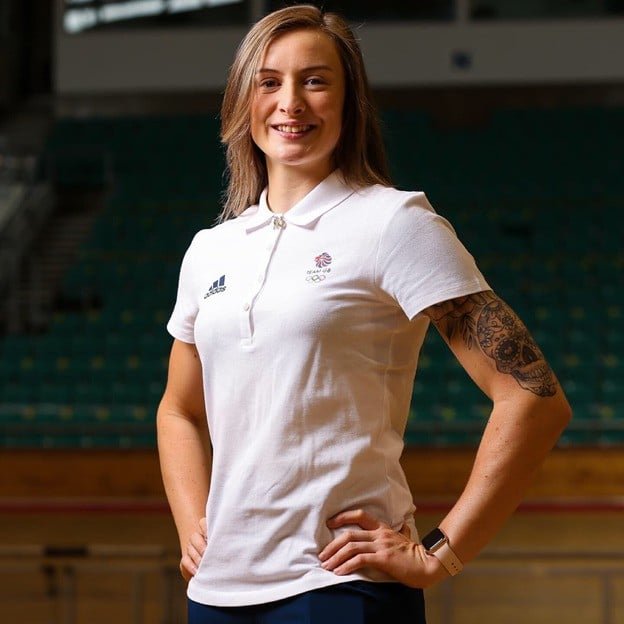 Charlotte Worthington is a British cyclist and Olympic gold medalist who competes internationally in Freestyle BMX. She completed a backflip 360 the first time the trick has ever been performed in women’s competition which blew away the Ariake Sports Park, and was enough to beat a near-perfect first run from three-time world champion Hannah Roberts, who finished in second. Switzerland’s Nikita Ducarroz just pipped Roberts’ American team-mate Perris Benegas to the bronze medal.
Worthington was born in 1996. Worthington took up BMX seriously at the age of 20, and worked full-time as a chef at a Mexican restaurant near Chorlton for three years before Freestyle BMX was added to the Olympics in 2017. Worthington was accepted on to the Great Britain Cycling Team programme in Freestyle Park and 2019 saw her win the inaugural British and European titles, before she became the first ever British woman to win a world medal in the discipline, taking bronze.