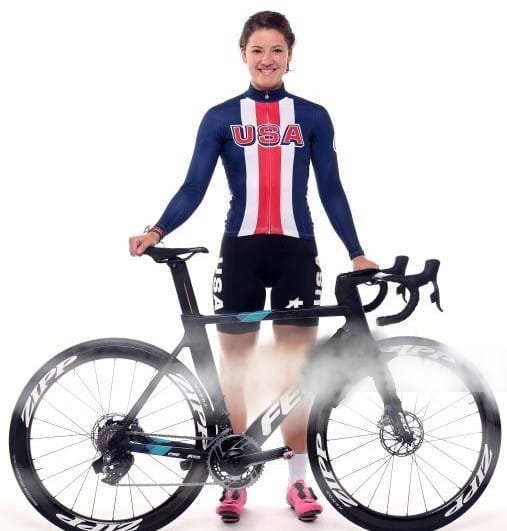 Chloe Dygert is an American professional racing cyclist, who is best known to ride for UCI Women’s World Team Canyon–SRAM. She is well-known to be the winner of seven gold medals at the UCI Track Cycling World Championships and a silver medal at the Olympic Games. She began her cycling journey at an early after playing Basketball for few years.

Chloe started at the World Cup in London (March 2016) as a member of the US four-in-four team pursuit and won the world title with the team, and was nominated to participate in the Olympic Games in Rio de Janeiro, where she won a silver medal in the team pursuit. She won her first Panamerican title, in the individual time trial on the road (May 2017). In the Pan American Games in 2019, she also won gold in the individual time trial.