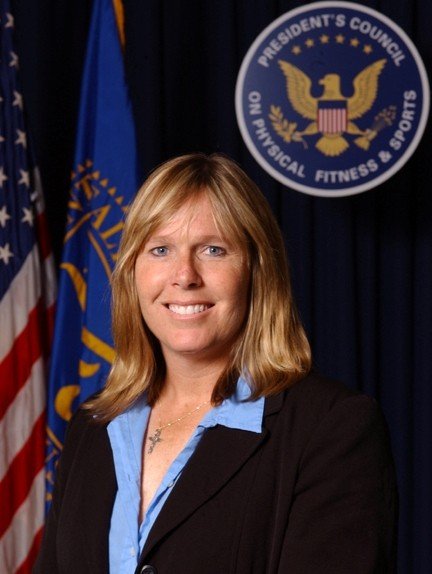 Dorothy Gay Richardson is an American physician and former two-time gold medal-winning Olympian softball player at shortstop. Richardson is currently the head coach at Liberty. Richardson played college softball at UCLA and won the inaugural NCAA Division I Softball Tournament in 1982. She is a USA Softball Hall of Fame honoree. Because Richardson’s father was an air force mechanic, she spent her early years on various military bases in the United States and abroad. She began playing softball competitively at age 10 and became, at age 13, the youngest player in the Women’s Major Fast Pitch League.

After graduating from the University of Louisville (Kentucky) Medical School, Richardson interrupted her residency in orthopedic surgery at the University of Southern California to compete in the 1996 Olympic Games in Atlanta. The games marked the Olympic debut of softball, and the U.S. team dominated. Richardson hit a two-run home run to seal the team’s gold-medal win. In 2000 she claimed a second gold medal as a member of the U.S. team.

Richardson was inducted into the National Softball Hall of Fame in 2006. In addition to her continuing participation in the world of softball, she worked as the medical director of the National Training Center in Clermont, Florida, a large health and fitness complex, from 2001 to 2012. She also served (2002–09) as the vice chair of the President’s Council on Fitness. In 2013 she became coach of the women’s softball team at Liberty University.