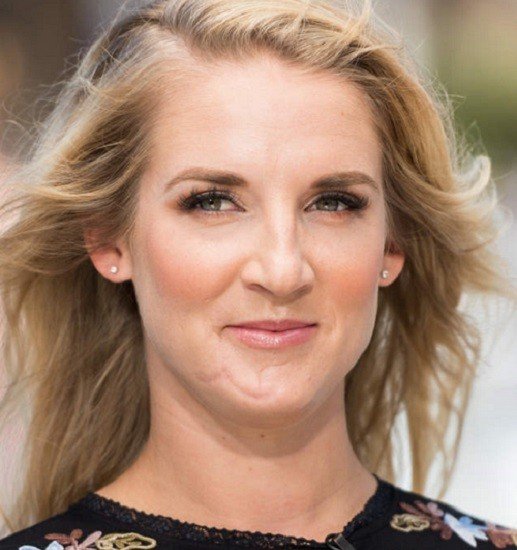 Kirstie Ennis is a former US Marine Corps sergeant turned amputee snowboarder and rock-climber and marathoner and a whole lot of other things, suffered life-changing injuries in Afghanistan. As a Marine Corps sergeant. in Afghanistan—a helicopter door gunner—she wrecked a leg when the helicopter she was in crashed. That leg was amputated above the knee in 2015. Her jaw was destroyed, she lost teeth, she injured discs in her spine, and she suffered facial lacerations, traumatic brain injury, and PTSD.

Ennis joined the Marines when she was only 17 years old and enlisted as an aircraft mechanic, inspired by her parents who were both Marines. She was also inspired by my Great Aunt Lydia, one of the first female active-duty Marines during WWII. Ennis revealed that on the first anniversary of her helicopter crash, in June 2013, she tried to kill herself. She said that she woke up to her father saying that our nation’s enemies didn’t succeed in killing her but she was going to finish the job for them.