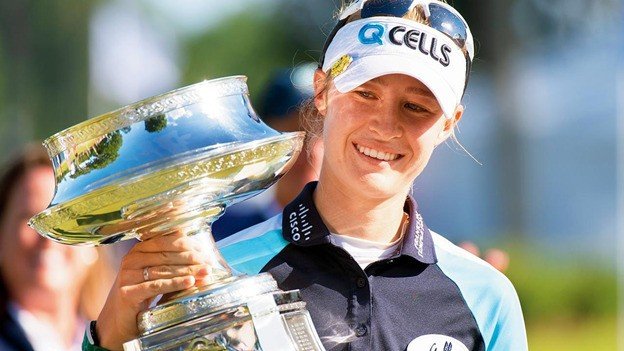 Nelly Korda is an American professional golfer who plays on the LPGA Tour, where she has won six times. She won the Olympic gold medal at the women’s individual golf event at the 2020 Summer Olympics. She played on the 2019 Solheim Cup. From the end of 2019 she was a member of the 2015 U.S.Junior Solheim Cup. As an amateur, she won the 2015 Harter Hall Invitational. Korda began her pro career in 2016 on the Symetra Tour, where she won her first pro event. On October 28, 2018, Korda won the in Taoyuan, Taiwan.