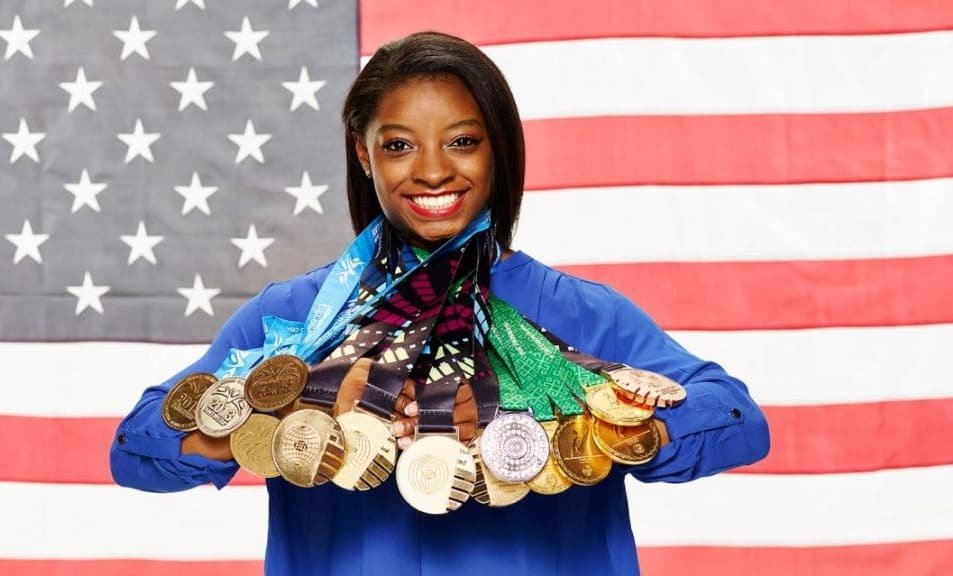 Simon Biles is an American artistic gymnast who is best known to be the female gymnast with the most World all-around titles (5). She is one of the sixth women to win an individual all-around title at both the World Championships and the Olympics, and the first gymnast in 1996 to hold it simultaneously.

As of 2019, Simon is the sole gymnast to have performed any of these skills in a FIG international competition. She also became the first woman to complete a Yurchenko double piked on the vault during competition in May 2021.