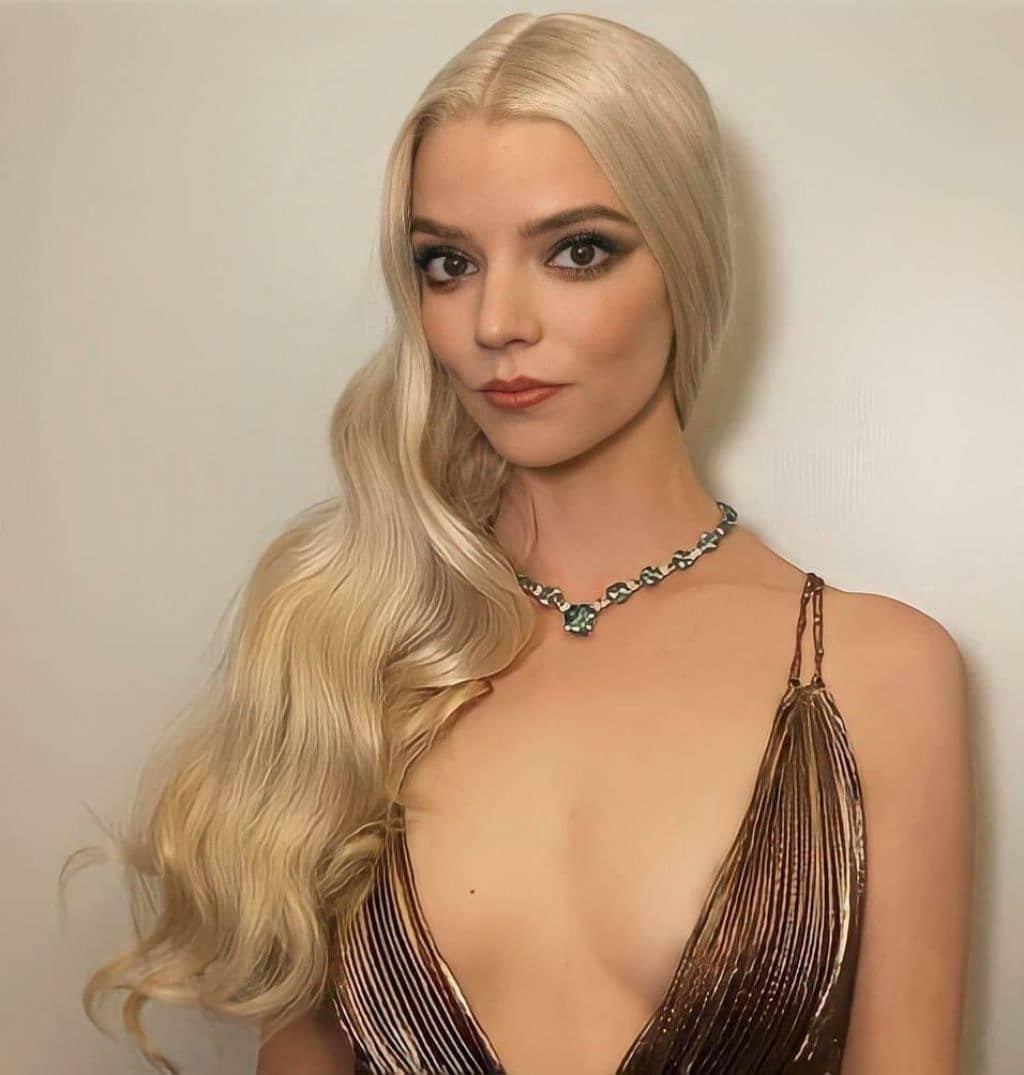 Anya Taylor-Joy (born April 16, 1996) is an American-born Argentine-British actress. She rose to fame after starring roles in Emma and The Queen’s Gambit. She was named one of Time magazine’s most influential people in 2021, became a L’OFFICIEL coverstar, and received many recent accolades, including a Golden Globe Award and a Screen Actors Guild Award.

Anya made her film debut with the horror film ‘The Witch’ in which she played the lead role of ‘Thomasin,’ and she was appreciated by the critics for her performance in the film. The film was premiered during the 2015 Sundance Film Festival, and it was released in theatres in 2016. In the same year, Anya Taylor starred in a science fiction horror film ‘Morgan,’ which was directed by Luke Scott. Later, she starred in Vikram Gandhi’s drama film ‘Barry’ in which she played the role of Charlotte Baughman, one of Barack Obama’s close friends. The film was based on the life of a young Barack Obama in New York City in 1981. In 2017, Anya Taylor-Joy got the opportunity to play the lead role in M. Night Shyamalan’s horror thriller movie ‘Split.’ Thereafter, Anya also starred in the horror mystery film Marrowbone, and in the dark comedy thriller Thoroughbreds (2017). In 2019, Anya reprised her role of Casey Cooke from the movie ‘Split,’ and she worked in the movie ‘Glass.’

Anya has also appeared in several documentary films like ‘Love, Antosha,’ and she played the role of Irene Curie in the biographical drama film Radioactive. In 2020, she played the character of Emma Woodhouse in a comedy-drama film Emma, which was a film adaption of Jane Austin’s novel ‘Emma.’ She then starred in the film ‘Here Are the Young Men,’ and she also starred as the fictional character ‘Magik’ in the superhero horror movie ‘The New Mutants.’ The film was released in August 2020, and it is the final installment in the X-Men film series.