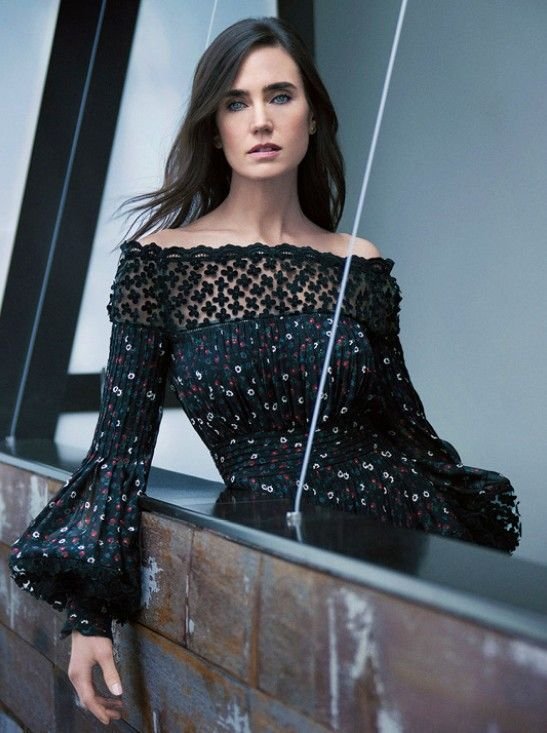 Jennifer Lynn Connelly is an American actress who began her career as a child model. She appeared in magazines, newspapers, and television advertising before she made her film acting debut in the crime film Once Upon a Time in America. Although she has been working in the film industry since she was a teenager and catapulted to fame on the basis of her appearances in films like Labyrinth and Career Opportunities, she did not receive wide exposure for her work until the 2000 drama Requiem for a Dream, and the 2001 biopic A Beautiful Mind, for which she won an Academy Award for Best Supporting Actress, as well as the BAFTA and Golden Globe awards.

At the 74th Academy Awards, Connelly won Best Supporting Actress for her portrayal of Alicia Nash in Ron Howard’s biopic A Beautiful Mind (2001). Her subsequent credits include the Marvel superhero film Hulk (2003), in which she played Bruce Banner’s love interest Betty Ross, the horror film Dark Water (2005), the drama Blood Diamond (2006), the science fiction film The Day the Earth Stood Still (2008), the romantic comedy He’s Just Not That Into You, and the biopic Creation (both 2009). In the 2010s, she took on supporting roles in Aronofsky’s epic film Noah (2014) and in the action film Alita: Battle Angel (2019). As of 2020, she stars in the TNT dystopian television series Snowpiercer.