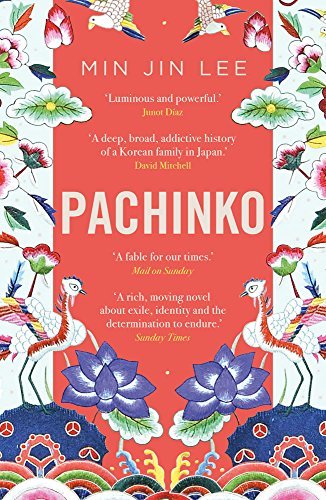 Pachinko is a historical fiction novel documenting the life of a Korean family in Japan across four generations throughout the 20th century. For someone who knew very little about Korean history, this book provided an insight into the political dynamics of that period by setting up the plot according to its shifting relevance.

There are so many themes in this book! From devotion to faith and family honor to racial stereotyping and battling identity loss, this book does an incredible job in capturing so many different aspects of survival in a painfully realistic world. Although the book introduces numerous characters with varying prominence, Sunja can be considered as the main protagonist as most of the plot is the extension or the consequences of her decisions and actions.

The only thing that stopped me from giving five stars to this book was the lack of closure. Certain parts of the book felt abrupt and I would’ve preferred more context to a character’s exit than writing them off in a single line. Nevertheless, this was a great read and a good recommendation for anyone who enjoys historical fiction.

Next post Zenventure- The Travel Trend for the Fitness Enthusiast