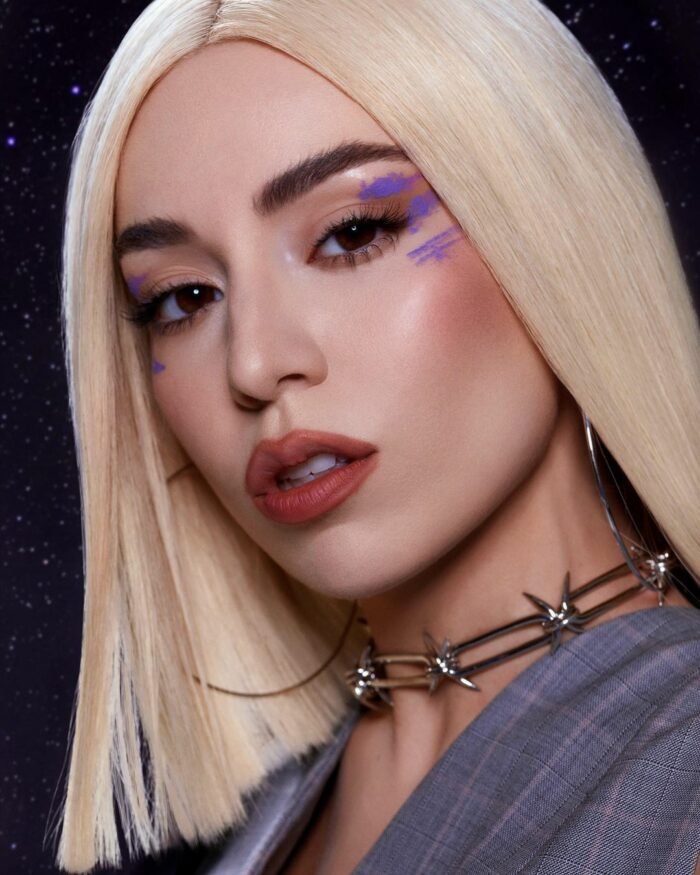 Amanda Ava Koci known professionally as Ava Max is an Albanian-American singer and songwriter. Her parents emigrated from Albania in 1990. Arriving in France, they lived there for one year before they got American passports, where they moved. They first came to Pennsylvania, but then moved to Virginia, where Ava spent most of her childhood.

When she was only 10 years old, the singer began to write her first songs. In 2008, at the age of 14, Max released her debut EP titled Amanda Kay on her MySpace profile. On July 31, 2019, Max simultaneously released two promotional singles, the previously cancelled “Blood, Sweat & Tears” and “Freaking Me Out

Her debut album, Heaven & Hell, was released in September 2020. Max is also known for her signature hair style, which she dubbed the “Max Cut”. Signed with Atlantic Records since 2016, she released plenty of singles, including her breakthrough hit, “Sweet but Psycho” in August 2018. Topping the charts in 22 countries, including the the Billboard Dance Club Songs chart, it is currently her most popular single.