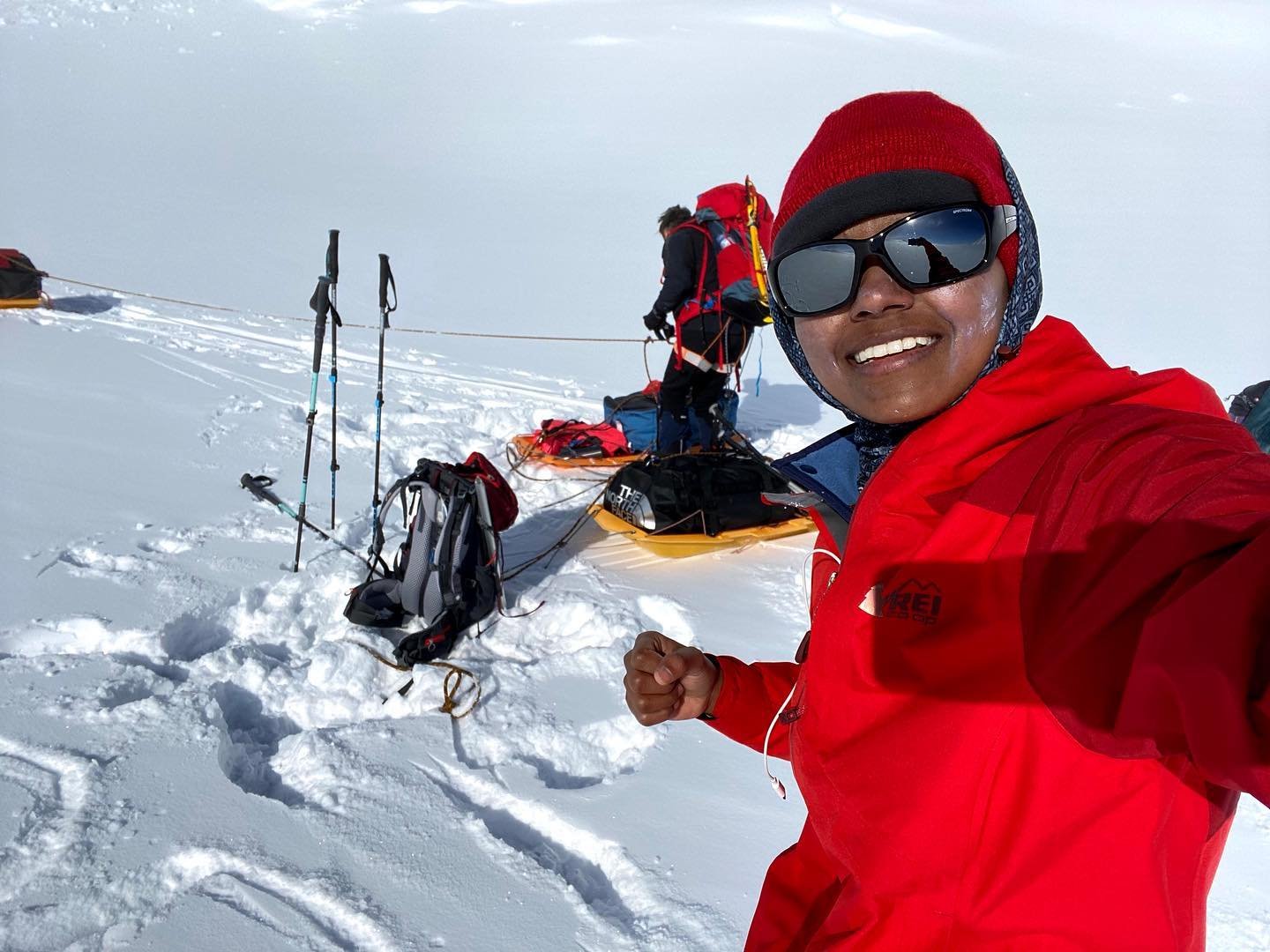 Poorna Malavath is back home after completing the Seven Summits Challenge! The 22-year-old has completed an eight-year exciting as well as arduous journey in the world of adventure sports which started with her scaling the Mount Everest in 2014 to become the then youngest Indian and the youngest female ever (13 years, 11 months) in the world to do so.

“It has been an incredible journey so far. I owe it all to my coach Shekar Babu and the principal sponsor ACE Engineering academy for the latest expedition,” a visibly delighted Poorna told the Media.

The mountaineer from Pakala village in Sirikonda mandal of Nizamabad district said the last expedition to Mt. Denali (20,310 feet) was the toughest of all. “For, there I had to carry the entire load of not just the camping equipment but also food material for 22 days. So carrying the burden of almost 35 kg daily was itself an uphill task, which tested my strength and stamina,” said the MA Political Science student from Osmania University.

She took part in a special, intensive training camp at Ladakh a few weeks before leaving for Mt. Denali to know the nuances and challenges better.

“For Mt Denali, it all began on May 18 when I left for North America, reached Anchorage in Alaska on May 19, from where all the expeditions began. I was accompanied by a four-member team from India,” Poorna recalled.

The expedition was sponsored by Reliance Foundation and MRKR constructions. “If scaling Mt Everest was with the specific objective of demonstrating what a girl can do, the latest challenge was for a good cause — raising funds (along with NRI Ft Kavya) for the Shakti Project which aims at providing education to under-privileged children,” she said.

On May 22, she drove to Talkeetna (Alaska) to complete the formalities with Mt. Denali National Park and reached the base camp the next day. “All this would not have been possible but for the support of Ace Engineering Academy chairman Y.V. Gopala Krishna Murthy, former IPS officer R.S. Praveen Kumar, and Bhukya Shoban Babu Foundation chairman Bhukya Shobab Babu, who have been a source of great support,” she said.

Among her next goals is qualifying the Civil Services exam, said the champion mountainee

Previous post Sologamy- An Act of self-love or threat to society?