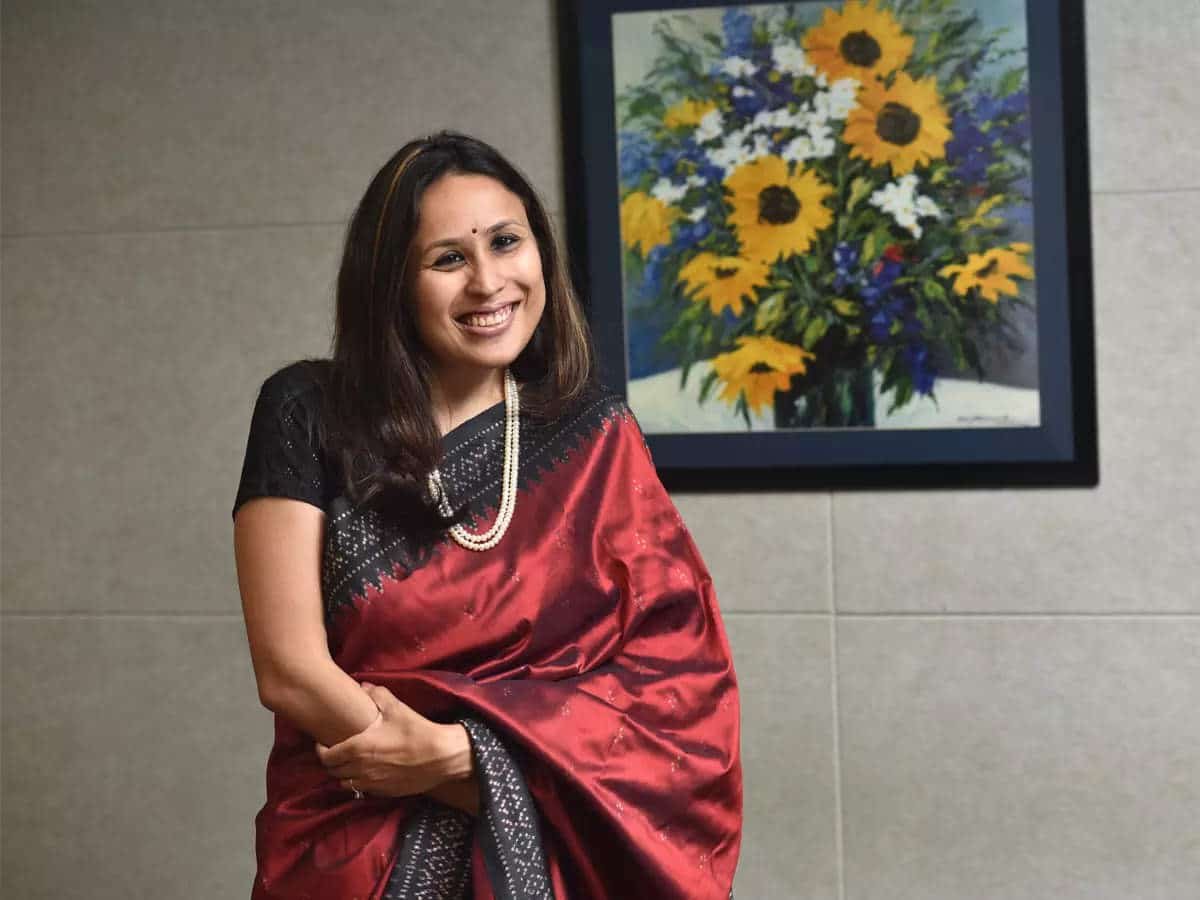 Radhika Gupta, is currently the Chief Executive Officer of Edelweiss MF. She has shared her inspiring journey from being bullied for her “crooked neck” to becoming one of the youngest CEOs in the country with Humans of Bombay.

She was bullied at school for her Indian accent and crooked neck, and further to facing a string of job rejections after college, Radhika Gupta turned her life around and climbed the corporate ladder to become one of India’s youngest CEOs at the age of 33.

“I was born with a crooked neck. If that wasn’t enough to single me out–I was always the new kid in the school,” Radhika Gupta, chief executive officer of Edelweiss MF, told Humans of Bombay.

The daughter of a diplomat father, she lived in India, Pakistan and New York before arriving in Nigeria, where she says her Indian accent was judged. “They named me ‘Apu’, a character from The Simpsons,” said Gupta of her former classmates.

Add to that, she also had to face unfavourable comparisons with her mother, who Gupta says is a “stunning woman.”

“They compared me to my mom, who worked at my school. She’s a stunning woman, and people always told me how ugly I looked in comparison; my confidence plummeted,” she said.
At the age of 22, things came to a head for Gupta after she faced her seventh job rejection. “I looked out of the window and said ‘I’ll jump’,” she recalls.

Her alarmed friends called for help and Radhika Gupta was taken to a psychiatric ward, where she was diagnosed with depression. She says the only reason she was allowed to leave the ward was because she told them she had a job interview and it could well be her last shot.

That day, she bagged a job at McKinsey.
“My life was on the right track,” says Gupta. “But 3 years later, after I survived the financial crisis of 2008, I wanted a change– so, at 25, I moved to India & started my own asset management firm with my husband & friend.”

A few years later, their company was acquired by Edelweiss MF. “I climbed the corporate ladder. I became a saree in a room full of suits & I wanted to raise my hand for opportunities,” says Gupta. Therefore, when Edelweiss MF began looking for a CEO, Gupta was initially hesitant but decided to apply, encouraged by her husband.

She applied for the position and a few months later, Radhika Gupta became one of the youngest CEOs in India at the age of 33.

“The next year, I was invited to speak at an event–I shared my childhood insecurities and my suicide attempt. I let go of my baggage. And my talk traveled; I became known as ‘the girl with the broken neck.’ People shared their stories with me,” says Gupta.Today, at the age of 39, Gupta says her biggest achievement is accepting her imperfections and understanding they do not make her less beautiful. “So now, when I receive comments on my appearance, I just say, ‘Yes, I have a squint in the eyes, & a broken neck. What’s unique about you?’” she says.