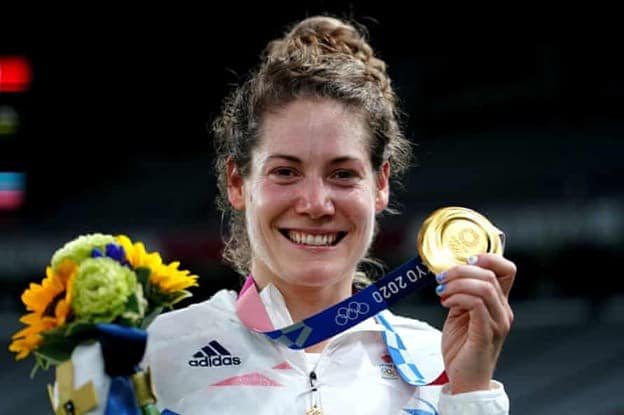 Kate French is a British modern pentathlete who won the gold medal at the 2020 Summer Olympics in Tokyo. French was born on 11 February 1991
in Meopham, near Gravesend. She was privately educated at the independent Cobham Hall School. She completed a degree in sports performance at the University of Bath, where she also trains at the Pentathlon GB High Performance Centre located at the University.