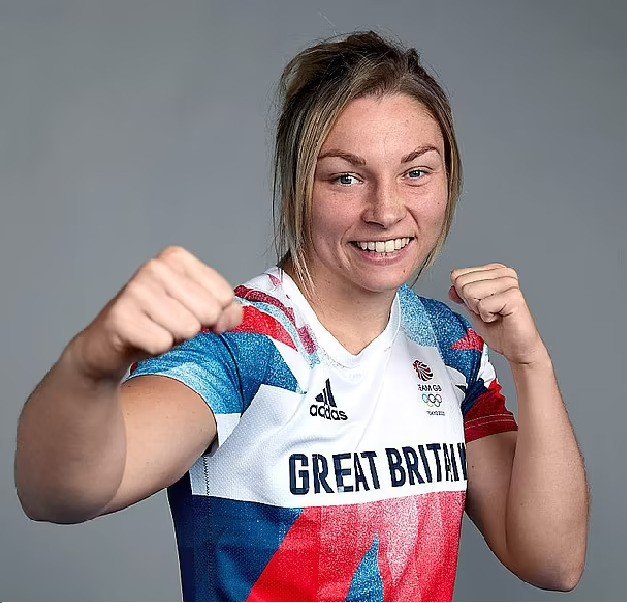 Lauren Louise Price is a Welsh amateur boxer, and former kickboxer and footballer. While representing Wales she won a bronze medal at the 2014 Commonwealth Games, becoming the first Welsh woman to win a Commonwealth Games boxing medal.

Price was born in Newport, Wales, but grew up in Ystrad Mynach, Caerphilly, where she was brought up by her grandparents. Price studied a Foundation Degree in Football Coaching and Development at the University of South Wales. She showed a keen interest in several sports, taking up football, netball and kickboxing at the age of ten, the last after encouragement from her grandfather. As a kickboxer, Price won a silver medal at a World Championships event in Athens in 2007 at the age of 13, competing against opponents twice her age, and became the youngest ever competitor in the British Championships. She went on to become a four-time world champion and six-time European champion in the sport and later competed in Taekwondo.