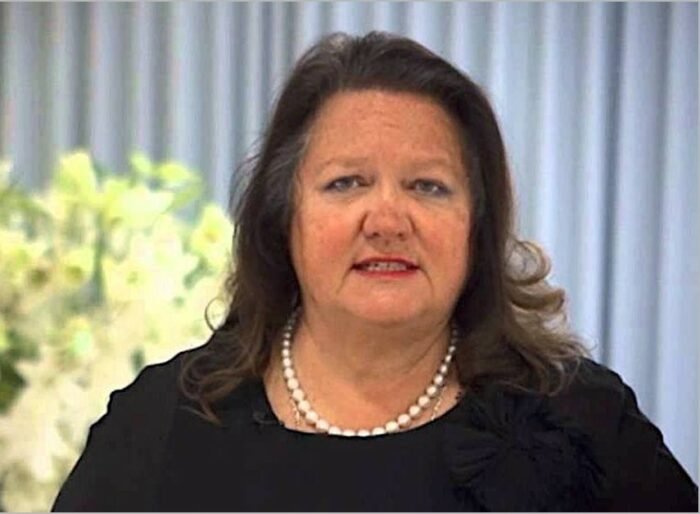 Since becoming Executive Chairman of the Hancock Prospecting Group in 1992, Mrs Rinehart has transformed the Group from one that was in difficulties and financially troubled to a very successful industry-leading innovator, providing employment to many across the outback of Australia. Mrs Rinehart has been honoured with numerous awards recognising her significant endeavours, risk-taking, hard work and contribution to Australia.

She is also the founder of Australians for Northern Development and Economic Vision (ANDEV), has authored two books, and arranged and funded a third one, (for agriculture), founded Australia’s Annual National Mining and Related Industries Day and National Agriculture and Related Industries Day, and is Patron of several organisations, and a governor of AmCham (Australia).