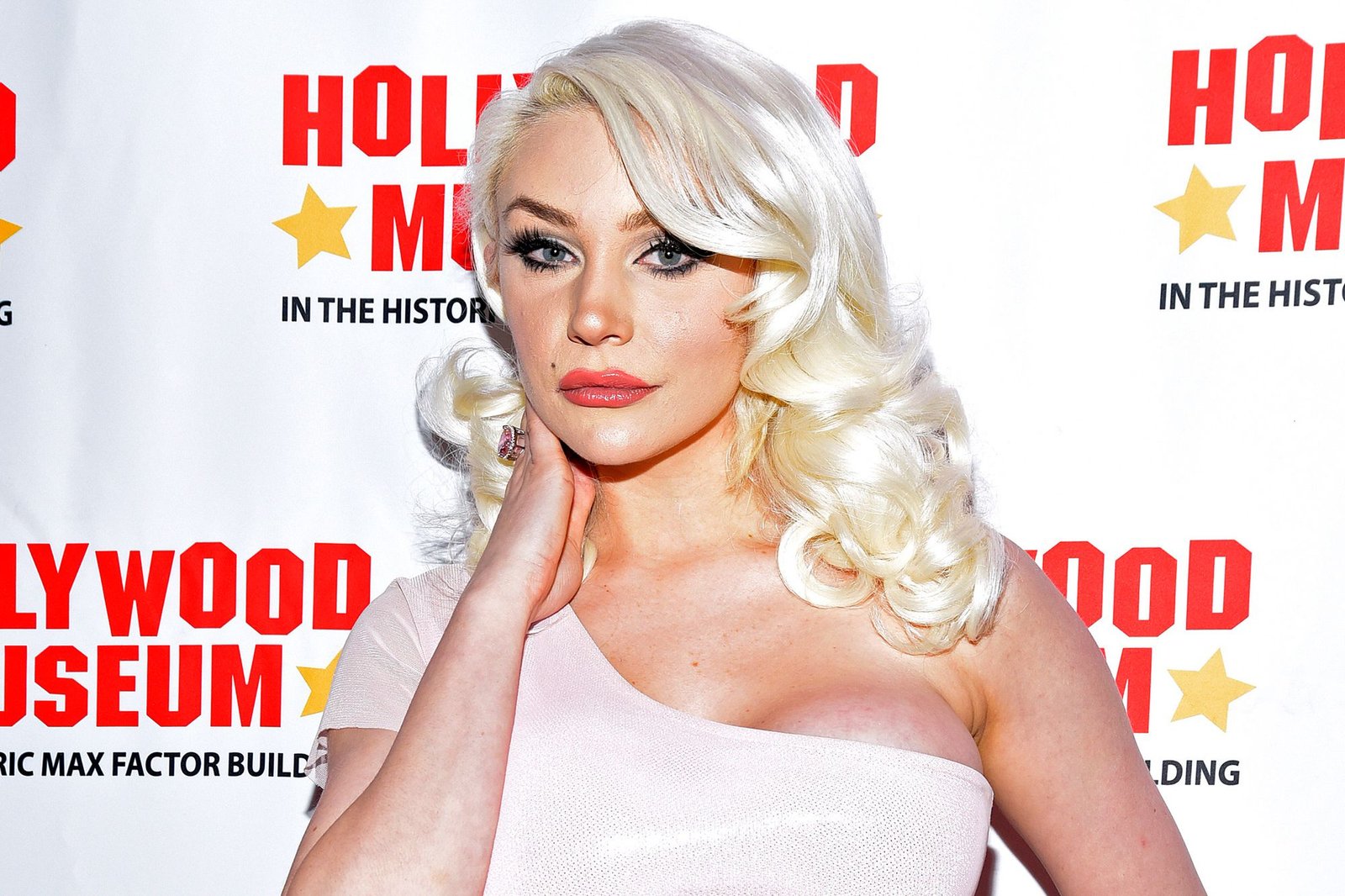 Courtney Alexis Stodden is an American media personality, model, singer, and songwriter. After competing in beauty pageants in their home state of Washington and releasing original music, then 16-year-old Stodden came to international attention when they married then 51-year-old actor Doug Hutchison in 2011. She is a producer and actress, known for Love Addict (2016), Verotika (2019), and POP, Fashion & Sport (2014). She later competed in the Miss Washington modeling contest in 2009 but did not get the crown. She was a host of her own show ‘The Courtney Stodden Show’. In 2010, she produced and sang the songs like Crazy, Hurting People, We are America and Car Candy. While growing up in Ocean Shores, she began modeling at the age of 10. She grew up faster than other girls in her class. She was thus bullied by her classmates. She soon began recording and writing songs and released her music videos on ‘YouTube.’ She was homeschooled for her high-school education and received lessons from an online Christian academy. She also attended the online acting classes of Doug Hutchison. Doug and Courtney eventually fell in love. Courtney was 16 years old when she got married to Doug. Following this, she began her journey in the entertainment industry. She appeared with her husband on the reality TV show ‘Couples Therapy’ and the British reality show ‘Celebrity Big Brother.’ In 2016, she made her film debut with the independent film ‘Love Addict.’ She later appeared in the TV series ‘Million Dollar Matchmaker’ and ‘Dr. Phil.’ Courtney and Doug divorced in 2020.

During the COVID-19 pandemic in the United States, Stodden finalized their divorce with Hutchinson in March 2020. Stodden spent their time during the pandemic working on a memoir, recording a new album, starting a cosmetics line, and running an Only Fans.