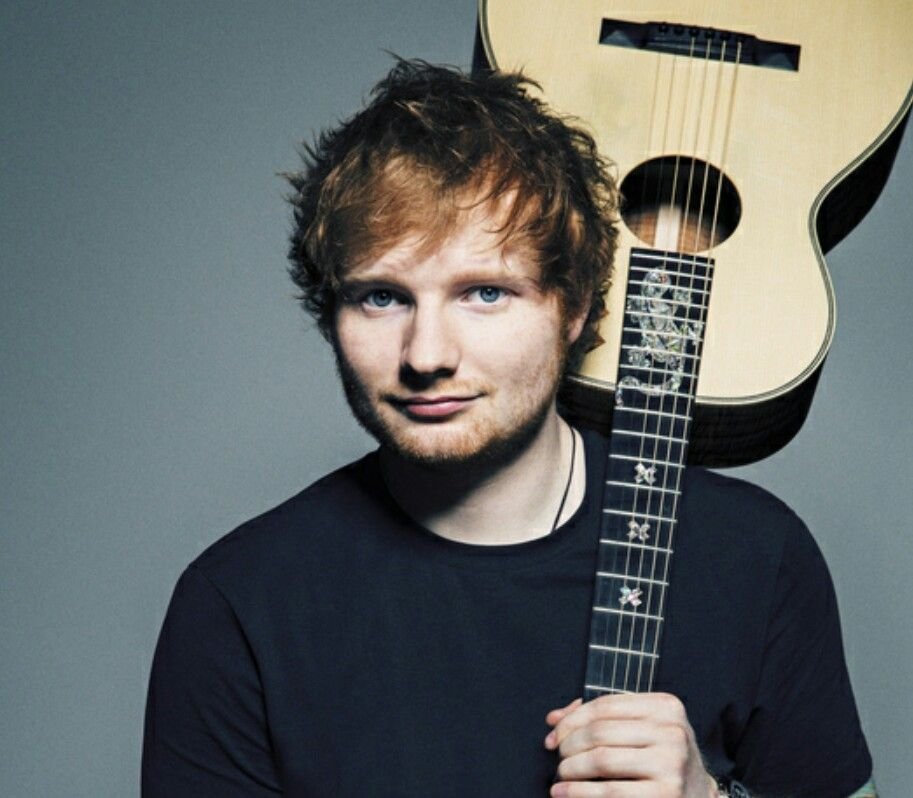 Sheeran has been singing since he was 4 years old. He used to sing for the school and the church choir. Ed’s debut album “+” (read as “plus”) was a six-time platinum in the UK and his second album “x” (read as multiply) was number one on the charts, both in the UK and USA. “x” also won the Brit award for “Album of the Year”. Before “+”, he had self-released his albums which are now established in the mainstream and are ranked at number 2 on iTunes download list. Sheeran has performed with Elton John at the Grammy’s when his song “The A Team” was nominated for the category- “Song of the Year”.

Sheeran has grabbed two Grammy Awards in the form of  Song of the Year and Best Pop Solo Performance for his single “Thinking Out Loud” from the album “x”. He has very quickly established his own record label company- Gingerbread Man Records. His fans are known as Sheerios. Gordon Burns, the host of the British game show The Krypton Factor, is Ed’s second cousin. Ed’s songs “Nina” and “Photograph” are about his ex-girlfriend Nesbitt and her album “Peroxide” is mostly about himself. Tayor Swift approached him after his tour in Australia and together, they wrote the song “Everything has changed” which was a part of her best-selling album of 2012, “Red”. He got “Red” tattooed because of the opportunity. Ed engraved a tattoo of a ‘padlock’ on Harry Style’s wrist. His song “Small Bumps” is inspired by a true story of his friend when they had a miscarriage. He wrote the song stepping into their shoes. So is the story behind “The A State”, which is based on a homeless drug addict woman. He has a big crush on Emma Stone. Ed and Taylor Swift get along really well and have thus recorded three songs together. Other than “Everything has changed”, they haven’t released any of the songs.