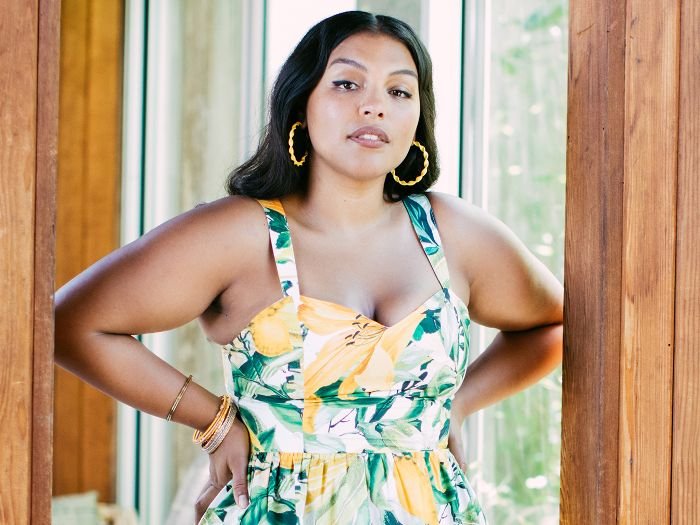 Paloma Kai Shockley Elsesser is a British-born Swiss-American plus-size model. She was born to an African-American mother and a father of Chilean-Swiss descent and raised in Los Angeles, California. She moved to New York City, New York in 2010, to attend The New School to study psychology and literature. Elsesser was discovered on Instagram by makeup artist Pat McGrath and has modeled for Nike, Inc., Fenty Beauty, Proenza Schouler, and Mercedes-Benz. She has appeared in editorials for fashion magazines such as American Vogue, Vogue España, Teen Vogue, Elle, W, Wonderland Magazine, and Glamour.

In 2018, Elsesser appeared on the cover of British Vogue’s April issue with Fran Summers, Radhika Nair, Adut Akech, Faretta, Selena Forrest, Halima Aden, Vittoria Ceretti, and Yoon Young Bae. In 2019, she made her screen acting debut in the Safdie brothers’ Uncut Gems. Elsesser appeared on a cover of Vogue in its January 2021 issue.

Elsesser in May 2021 engaged in controversy when she stated: “No one is saying you have to be silent on anti-Semitism, but before you post about anti-Semitism during this time ask yourself… will people be able to use this to delegitimize the Palestinian struggle’.”