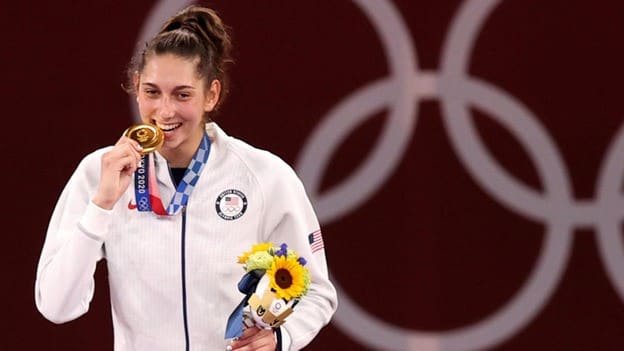 Anastasija Zolotic is an American taekwondo athlete and Olympic gold medalist. She won the silver medal at the 2018 Summer Youth Olympics in the Girls 49 kg weight class. She qualified to represent the United States at the 2020 Summer Olympics. She became the first American woman to win Olympic gold in taekwondo defeating Tatiana Minina of the ROC 25 to 17 On Sunday 25 July 2021.