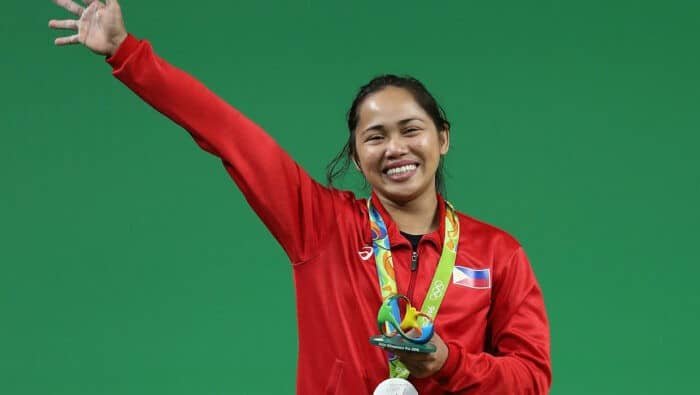 Hidilyn Diaz, the weightlifter who made history at this year’s Tokyo Olympics as the first Filipino to ever win an Olympic gold medal. She started off by studying computer science at the University of Zamboanga for three years, but after deciding the field wasn’t a good fit, she left to focus on her weight training. Clearly, this paid off, because Diaz went on to compete in several Olympic games, and she recently made history after winning the women’s 55 kg category for weightlifting at the 2020 Summer Olympics.

The athlete is now dating her coach Julius Naranjo, a filmmaker and former weightlifter who competed for Guam in the Asian Indoor and Martial Arts Games.

Hidilyn Diaz is the fifth of six children of Eduardo and Emelita Diaz. Her father was a tricycle driver before becoming a farmer and a fisherman. She grew up wanting to be a banker and trying several sports, like basketball and volleyball.