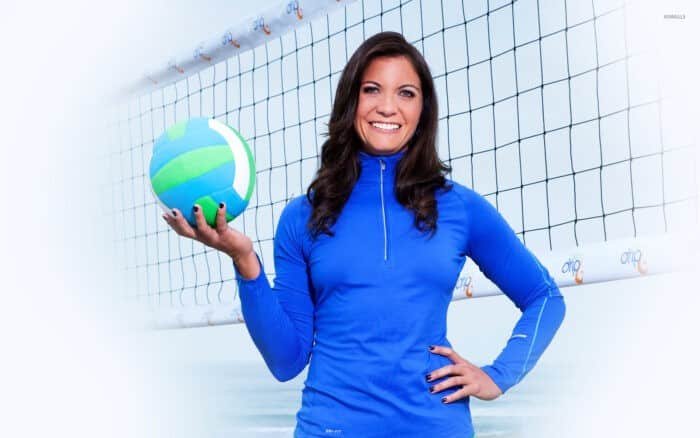 May grew up in California and played indoor volleyball at California State University, Long Beach, where she led her team to the 1998 National Collegiate Athletic Association (NCAA) title in her senior year. She then played for the U.S. national indoor team at the Pan Am Games, after which she decided to try her hand at beach volleyball instead. She teamed with Holly McPeak at the 2000 Sydney Olympic Games, finishing fifth after losing in the quarterfinals.

May-Treanor first competed at the 2000 Sydney Olympics and finished fifth with partner Holly McPeak. Looking for better results in future Games, May-Treanor sought out a new partner, someone she had competed against as far back as high school. Both Walsh and May-Treanor grew up playing volleyball in California, and volleyball’s tight-knit community kept the two familiar with each other’s journey through the sport.

Since retiring, May-Treanor has stayed relatively out of the spotlight. The three-time gold medalist is a mother of three and went back to school in pursuit of a master’s degree. She also picked up a couple gigs in college volleyball — including acting as the Director of Volleyball Operations at her alma mater, Long Beach College. Most recently, she joined the broadcast team on the AVP Beach Volleyball Tour.

May-Treanor was inducted into the International Volleyball Hall of Fame in 2016. Her memoir, Misty: Digging Deep in Volleyball and Life (cowritten with Jill Lieber Steeg), was published in 2010.