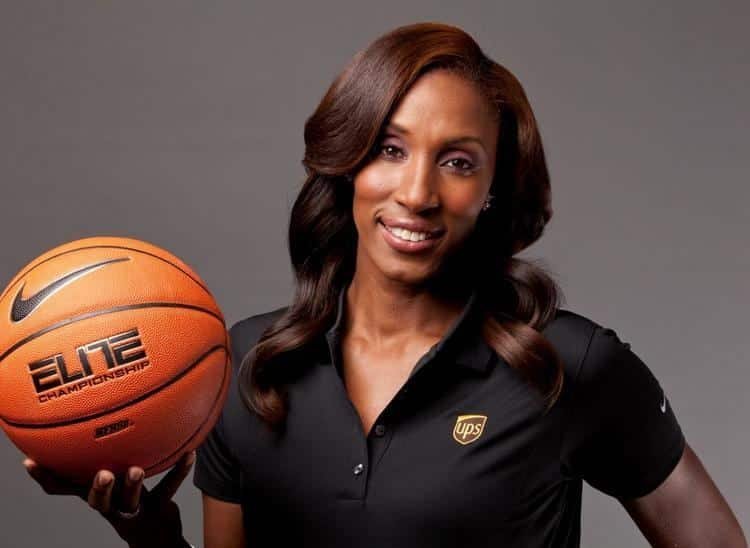 In 2008, Lisa Leslie became only the second basketball player ever to win four Olympic gold medals. Playing for the LA Sparks her entire professional career, Leslie won the WNBA title in 2001 and 2002. She earned three MVP awards (2001, 2004 and 2006) and was selected into eight all-star teams. When she retired from the league in 2009, she was the all-time leader in points and rebounds.

Lisa Leslie was an All-Star basketball player, Olympic gold medalist and WNBA league MVP. Standing six feet tall in seventh grade, Leslie hated it when people would ask her if she played basketball. But after reluctantly picking up the sport in middle school, she was hooked. While at Morningside High School in Los Angeles, she led the team to two state championships. In college at the University of Southern California, she set several Pac-10 conference records for points and rebounds.

In her final year at University of Southern California, Leslie was named the 1994 National Player of the Year. She made her first trip to the Olympics in 1996 held in Atlanta, Georgia. There she helped the U.S. team take home the gold medal in women’s basketball. That same year, Leslie also launched a modeling career. In 2009, Leslie added becoming an author to her already long list of accomplishments. She released her autobiography, Don’t Let the Lipstick Fool You, before playing her final season with the Sparks. Since her retirement, Leslie has worked as a sports commentator and analyst for such channels as ABC, NBC and Fox Sports Net among others.

Leslie returned to her beloved Sparks team in 2011, but this time as an investor, not a player. She is now one of the team’s owners, and has also decided to share her knowledge and skills with others through the Lisa Leslie Basketball & Leadership Academy. Leslie is married to Michael Lockwood. The couple has two children, son Michael Joseph and daughter Lauren Jolie.