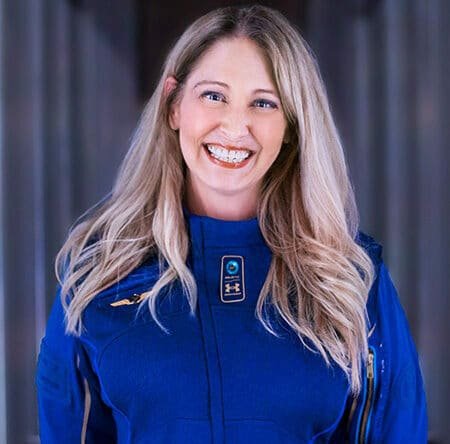 Beth Moses, the chief astronaut instructor at Virgin Galactic, is best known as the first female to fly to space on a commercial vehicle and earned her Commercial Astronaut Wings from the Federal Aviation Administration in April 2019. Earlier, she worked as the extravehicular system manager for the International Space Station at NASA. As a student, Beth was awarded the National Science Foundation’s Microgravity Research Award to conduct materials research in parabolic flight. She is also the recipient of Chicago’s Adler Planetarium annual Women in Space Science Award and a Google Science Fair judge. Previously, she was also honored as an Outstanding Aerospace Engineer by AAE in the year 2018. Currently, she is responsible for the cabin layout and developing the training program for the astronauts who will fly on SpaceShip Two, and also, to structure all the evaluation exercises that are undertaken during the flight test program which are helping all to prepare the cabin for commercial service and which are intrinsic to the astronaut experience.