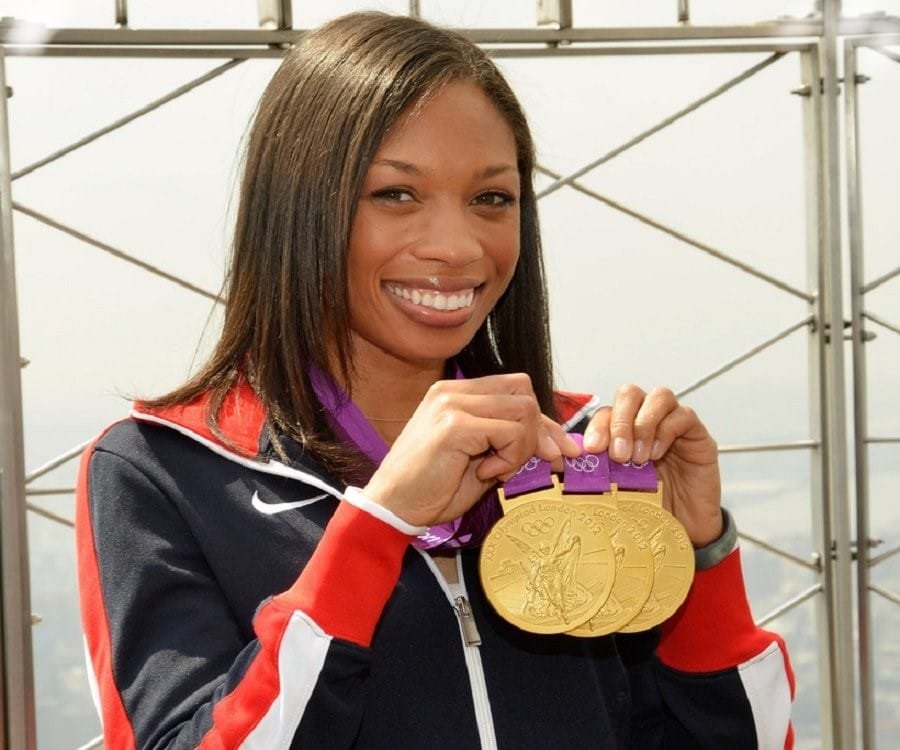 Allyson Michelle Felix OLY known as Allyson Felix is an American track and field sprinter. She began her journey in 2001, at the Debrecan World Youth Championships, by achieving her first international title in the 100 meters. She finished as the silver medalist in the 200 meters at the 2004 Summer Olympics in Athens, where she set a world junior record over 200 meters with her time of 22.18, just at the age of 18.

Allyson is best known to specialize in the 200 meter sprint and gradually shifted to the 400 meter sprint later in her career from 2003 to 2013. Her racing line also spans the 100 meters, 4×100 meter relay, and 4×400 meter relay. She is also a four time Diamond League winner.

Allyson is a participant in the US Anti-Doping Agency’s “Project Believe” program. She is also included in Time magazine’s 100 Most Influential People of 2020.