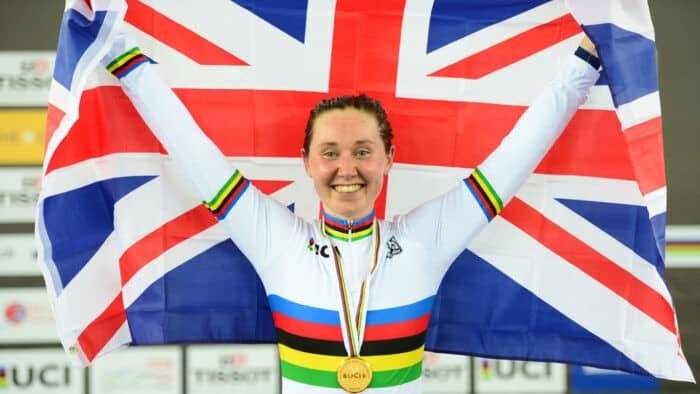 Katie Archibald, MBE is a Scottish and British racing cyclist, who currently rides on the track for Great Britain and Scotland. A member of the Great Britain 2016 Olympic champion and 2020 Olympic silver medalists team in women’s team pursuit, she is a champion in the same event at both the World (2014) and European (2013, 2014, 2015, 2018, 2019 and 2020) championships and world record holder. She also holds an Olympic gold medal after winning the inaugural women’s Madison race at the 2020 Olympic games in Tokyo with her partner.

Archibald was privately educated at The Glasgow Academy. She has a sporting background in swimming and took up cycling relatively late, taking it up competitively in 2011 on the grass track and in 2012 on hard track.

After spending 2012–2013 working in the family business (Archers Sleepcentre) as a telesales operator she was recruited in to British Cycling’s Olympic Development Academy in November 2013.