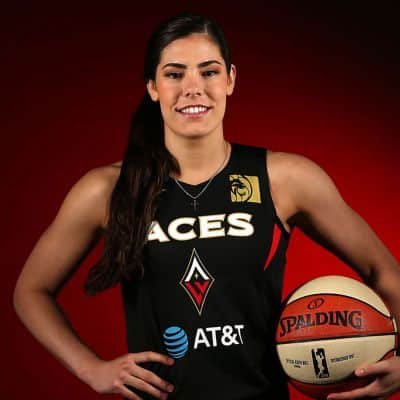 Kelsey Plum is an American professional basketball player who serves as a point guard for the Las Vegas Aces. She won a gold medal in Women’s 3×3 basketball, at the 2020 Summer Olympics. During her time as a player, Plum has broken and made numerous new records.

Plum is the daughter of Katie and Jim Plum. Her mother was an accomplished volleyball player for the University of California, Davis. Her father earned All-American honors playing high school football in La Mesa, California, and went on to play football and baseball collegiately at San Diego State. Plum has two older sisters, each of whom followed in their mother’s footsteps and played volleyball.

Plum competed on behalf of the US at the Tenth FIBA U19 World Championship, held in Klaipeda and Panevežys, Lithuania, in July 2013. The team won all nine games, with a winning margin averaging 43 points per game. Plum scored 5.6 points per game