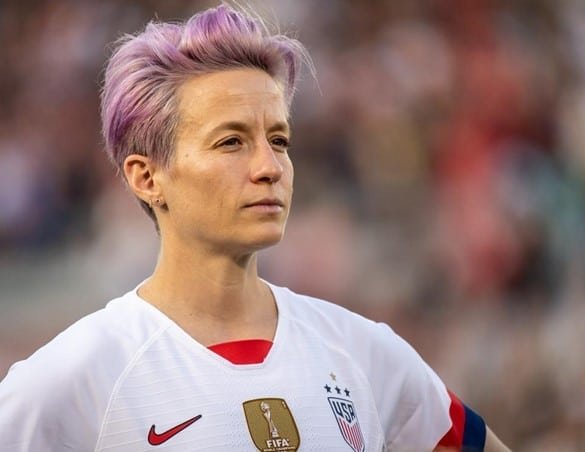 Megan Anna Rapinoe is an American professional soccer player who plays as a winger and captains OL Reign of the National Women’s Soccer League, as well as the United States national team.

Rapinoe is internationally known for her crafty style of play and activism. She is an advocate for numerous organizations, including the Gay, Lesbian and Straight Education Network (GLSEN) and Athlete Ally.

In 2013 she was awarded the board of director’s award by Los Angeles Gay and Lesbian Center.  She is sponsored by Nike, Procter and Gamble, BodyArmor, Hulu, LUNA Bar, Samsung and DJO Global and has appeared in multiple promotional pieces for clothing company Wildfang, as well as for Nike.